Who is your favorite author? It changes. Over the decades, though, I think it would be William Goldman. He wrote The Princess Bride, Magic and Marathon Man. His books were witty and hip, but they still had a lot of heart.

What was the last book you read? The last book I finished was Undomestic Goddess by Sophie Kinsella. It was amusing chic lit, but it was like a drug store candy bar: satisfying in the moment, but not at all memorable.

What book reminds you of your school days? Amelia Bedelia. I read this when I was a little girl and it completely cracked me up. Amelia was a very literal housekeeper. Her new employers left a list of things to do and she did them. "Dust the furniture." She took face powder and gave the furniture a light dusting. "In the afternoon, draw the curtains." She took out her sketch pad. "Change the bath towels." She used scissors to cut designs into them, thereby changing their appearance. You get the idea. This book appealed to both my sense of humor and burgeoning love of language. Amelia Bedelia is still in print. If there's a young reader in your life, I recommend it. 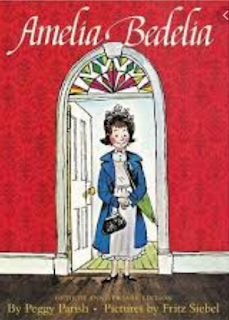 What book releases are you looking forward to? Touched by the Sun by Carly Simon. It's a memoir of her friendship with my all-time idol, JBKO. These two very different women were friends for more than a decade, until Jackie's death. Carly referred to her as a "confidant, mother figure and pal." I cannot wait!


What 3 books are you planning to read? Touched by the Sun (above), Becoming by Michelle Obama, and Twist and Shout Murder, which promises to be a nice, silly little mystery.

Have you ever damaged a book? Yes. One wet autumn afternoon, as I was boarding the bus, I dropped a hardcover book in the mud. Fortunately, amazingly, it landed upright, so only one side was damaged.

How long does it take you to read a book? Depends on the book.

Books you haven’t finished? I've tried twice to read Lincoln by Gore Vidal and I just can't. I'm sure it's a reflection on me, not Gore or Abe.

Is there a book you wouldn’t tell people you were reading? Nope.

Are you a fast or slow reader? Slower than Kwizgiver. She's a reading dynamo!

Do you read better in your head our out loud? In my head.

So John keeps insisting whenever he mentions health insurance.

He was let go on August 30. He doesn't qualify for Medicare until July, 2020. COBRA insurance will cost him $500/month. He insists that's too expensive.

This scares and infuriates me.

He is suffering from heart disease and diabetes. He's been hospitalized three times this decade. He has trouble walking. He can't keep weight on. He is on a variety of prescription meds. I don't see how he can afford NOT to continue his health insurance.

Oh, yeah. And he shouldn't be drinking that much anyway.

He is trying to get his former employers to extend his coverage until he turns 65 next year. Failing that, he'll "look into Obamacare." I did some internet research and am pretty sure he qualifies for the Blue Cross/Blue Shield Bronze Plan that costs $198/month. It has an insanely high deductible ($6,000!) but doctor visits would only be $50 and he could get generic drugs for $10.

John is one of my oldest friends. I do not want him to die. I do not understand why he's choosing The Hole over his health.

And I'm not even talking about the booze. He could drink at home for cheaper. I don't understand the lure of this place.

Oh, well. I sent him the Obamacare information and now I have to stop nagging him. I know what happens when I nag. He shuts me out. I don't want that. So I'll have to bite my tongue, love him, and pray. It's all I can do.

WHY, OH WHY, WON'T PEOPLE LET ME RUN THEIR LIVES?

It's not just a saying 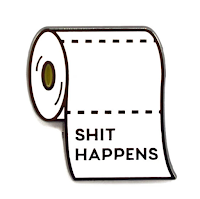 One thing I discovered during my recent recovery from oral surgery: I can indeed have too much dairy. Two days of yogurt and milk shakes and thick, creamy soups did a number on my gut.

You would think I would retain that knowledge for just a week, wouldn't you?

On Friday, the lure of a free pizza lunch at the office was too strong. I loaded up on plain cheese as well as cheese and sausage.


1) In this song, Desi Arnaz encourages us to laugh and sing instead of concentrating on our troubles. Is this an approach to life you could adopt? Or are you a worrier? I am a worrier. I am usually pretty happy, but that doesn't mean I'm not fixating on something.

2) Because Desi's public persona was carefree, people are often surprised to learn his early life was hard. In 1933, his wealthy family was targeted by Cuban revolutionaries. Their home was destroyed and were forced to flee the country. In Miami, they lived in a warehouse and 16-year-old Desi helped support the family by cleaning cages for the man who sold canaries outside a drugstore. Think about your friends and acquaintances. Whose life story turned out to be very different than you originally thought? My friend Joanna is so sophisticated, stylish and poised that I was surprised to learn of her painful romantic past. She's been divorced twice. That's part of why she decided to move to Chicago and start anew. I remember the night she told me about her marital history. I said I sometimes feel people judge me when they find out I got to this stage in my life without ever having been married. "How do you think I feel?" she asked. Reminds me of this from Facebook: 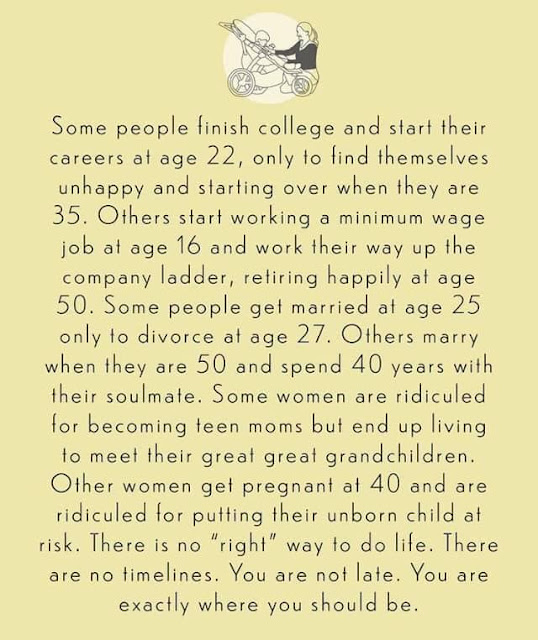 3) While still in his teens, Desi got his first job as an entertainer. As a boy in Cuba, he expected to be a lawyer, not a musician. He only began playing guitar because he noticed girls like musicians and he liked girls. Tell us about a hobby of yours, and what inspired you to pick it up. I'm an avid reader. When I was in first grade, I didn't enjoy reading in class. Boring! Then my grandfather introduced me to Beatle cards. Each pack contained 5 cards and a piece of pink gum. Grandpa pretended to care about the Beatles and encouraged me to read the back of the cards aloud to him. What a dear, smart man he was! And patient. He probably had to help me with every other word. 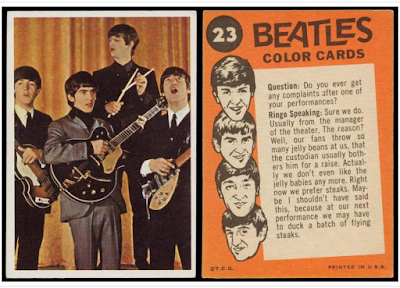 4) He discovered he was not only a talented musician but a natural leader. By the tender age of 19, he had organized The Desi Arnaz Orchestra and they were performing in Miami hotels. Have you ever been a boss? If so, did you enjoy it? Yes, I have been a boss. No, I didn't enjoy it. Since I have trouble with authority figures, I had a hard time being one.

5) When he was 23, he went to Hollywood to try his hand at movies and met a 28 year old actress named Lucille Ball. In Hollywood back in 1940, it was considered embarrassing for a woman to date a younger man. Their initial attraction was so powerful she quickly got over it. Do you think age matters when it comes to romance? It can. But I don't think five years is a big deal. A 15 or 20 years gap might be difficult to surmount.

6) Desi was the first person to call that famous redhead "Lucy." Throughout her entire life, friends, family and coworkers always referred to her as "Lucille," as she preferred. But Desi insisted on "Lucy." He said that name was his and his alone. Ironically it became the way the world referred to her. Do you have a pet name for anyone? I always refer to my oldest friend by her first and middle names.

7) Lucille and Desi named their son and daughter after themselves. Were you named after anyone? No.

8) Desi was the founding force behind Desilu. One of the first great production studios of the television age, Desilu grossed $15 million in 1957 (more than $135 million in today's dollars). He credited his success to his unconventional and creative approach to problems. Are you a good problem solver? In my work, yes. In my personal life, I'm less successful.


9) Random question: Who annoys you more, a know-it-all or an ignoramus? I'm not crazy about either of them. I suppose a know-it-all is worse because the ignoramus can't help it.