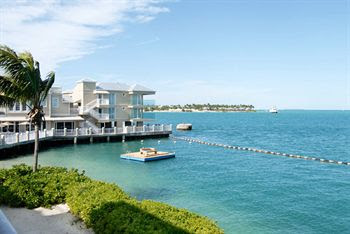 We went to The Harbourview Cafe, one of the restaurants at the posh Pier House Resort and Spa. To get to the dining area, we passed a sweet little pond of fish and turtles. I enjoyed seeing them immensely and consider them our dining companions. 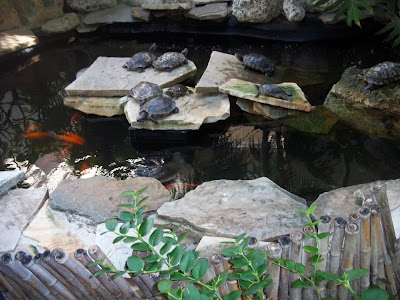 I had lobster macaroni and cheese and little crab sandwiches. The food was delicious and the views were awesome. 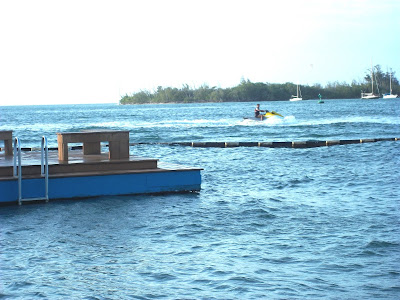 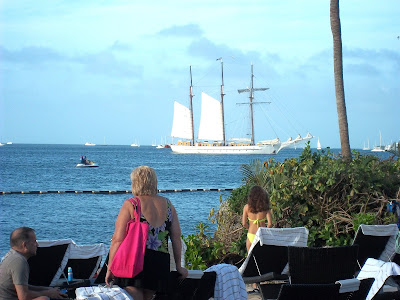 My friends shared some important news with me: after 25 years together, they have decided to marry! (Of course, until this year they'd been denied the right to marry.) And this year, after all the health problems and money trouble, they are still going strong. After dinner I impulsively rolled up my jeans and ran into the Atlantic. It was a lovely Christmas. 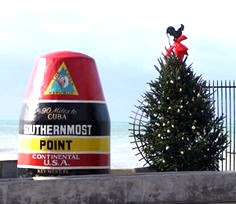 Key West is very proud of being the Southernmost city in the continental United States, closer to Cuba than to Miami. This concrete buoy marks the Southernmost spot, and it is decorated each year for Christmas. The tree topper is a rooster. It's common to see hens and roosters wandering freely around the island, brought here by Cuban refugees decades ago -- or hundreds of years ago, depending on whose account you're listening to. Some locals (aka "conchs") feel the roosters are a health hazard. But they seem to appeal to tourists, and so they are remain and are celebrated, like on this tree. 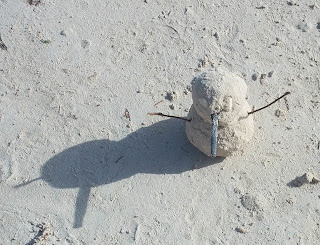 This part of the island is popular with tourists, like me, from up north. And for us northerners, Christmas means snow. As I walked the beach,  I was delighted to see how some wee ones expressed this.

I also took morning swims in the hotel pool and soaked a moment in the jacuzzi. Met a friendly couple from Boston and chatting with them made me want to go back there someday soon. (Of course, I also want to go back to Williamsburg ... and Memphis ... and Atlanta ...)

Naturally I spent a lot of time catching up with my friends. I thought things were going better for them. At least, I hoped they were. But they aren't.

One of them works 7 days a week -- five as a bookkeeper, two tending bar. The other works 6 days a week -- five as a production artist at the newspaper, one at a bookstore. Yet they are down to one car because it would cost too much to repair their old Chevy Tracker. Their home was uncomfortable because the air conditioning is out. The neighbors are complaining about one of their trees and so a landscaper has to come out. They have nothing set aside for retirement. No matter how hard these men work -- and they work very hard -- there is just never enough money. They probably should leave Key West, even though they are happy there and have put down deep roots, because the economic possibilities are so limited. But they are underwater on their home and it will be hard to sell. If they let it go into foreclosure, it will be hard for them to get a new start somewhere else.

They are good people. I wish their lives were easier.