1) When this record was initially released in 1966, it never cracked the Top 20. Critics were harsh, saying that Elvis had not kept up the times. How about you? Do you consider yourself up-to-date on today's music? Not at all. The last "new" artist I was seriously into was Amy Winehouse, and she's been dead for 9 years. But mentioning her gives me an excuse to post this again. I loooooove this song.

2) The song is about a woman named Frankie and Johnny, the man who does her wrong. Who is the most recent person to do you wrong? (It doesn't have to be in romance; it could be the person who cut in front of you in line at the supermarket.) Okay, I'll go with an incident at the supermarket. One of our local stores will let you pay for an item but designate it for the food pantry. The checker then scribbles out the UPC with a marker and puts it somewhere behind the counter. Twice/week, the store delivers the donated items to the food pantry. (I checked with food pantry.)

ANYWAY, as the checker was ringing up the items in my basket, I mentioned the pasta was for the food pantry so he shouldn't bag it. He looked at me like I was a crazy lady. "Okay then!" he said too loudly. He handed me my bag and then the spaghetti separately, saying oh-so condescendingly, "Here's your food pantry pasta."

"Why are you giving this to me? Don't you know how to handle pantry donations?" I challenged, loudly. The manager came over and walked him through it. I had to bite my tongue to stop from chirping, "Okay, then!" back to him.

I get being new at a job. I get that there are things to learn. But really, you could see in his face that he thought I was just some dotty broad randomly sharing my charitable impulses with a stranger. And you know what? So what if I was? He was rude and mean.

3) Elvis sings that Johnny cheated with "a chick named Nellie Bly." The real Nellie was an estimable woman, a pioneering 19th century journalist. Can you think of another song that mentions a real person? Marc Cohen's "Walking in Memphis" has all kinds of references to Elvis.

4) This song was recorded for a movie by the same name. Elvis played a riverboat gambler. When did you last play a game of chance? There's an Illinois Lottery ticket in my wallet. Maybe I'm a millionaire!

5) Actor Harry Morgan had a supporting role in the movie. He's remembered as Officer Gannon on Dragnet and Col. Potter on M*A*S*H. Gannon was a good cop but could be particular about his food and surroundings. As a career soldier, Potter didn't mind roughing it every now and again. Which character are you more like: fussy Gannon or outdoorsy Potter? Gannon.

6) Elvis' leading lady was Donna Douglas. She filmed her part during her summer hiatus from TV's The Beverly Hillbillies. Have you ever had a summer job? Back in high school, I spent a few weeks working in a souvenir shop at the zoo. It sold really expensive safari-themed purses, scarves and jewelry. No one ever came in, which is a good thing because I lived in terror of balancing the register at the end of the day.

7) Though not remembered as an actor, Elvis was a bona fide movie star. In 1966, he was listed (with Paul Newman, Sean Connery, John Wayne and Richard Burton) as one of the world's biggest box office draws. Who starred in the last movie you watched? Gene Tierney and Clifton Webb. This is one of my all-time favorites. While I just rewatched it Thursday, I remember the first time I saw it. While traveling on business, trapped in a crappy motel in Dallas, it completely transported me to glamorous 1940s New York. 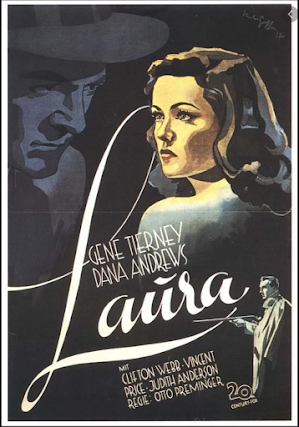 8) In 1966, Lauren Bacall appeared on the cover of Time with the headline: "The Pleasures and Perils of Middle Age." She was 41 years old and starring in a hit Broadway play. In the article, she explained that in middle age, she had come to understand that "character and a sense of humor are the two things that will carry you through." Tell us about something you understand better or appreciate more today than you did when you were young. People who love me. When I was younger, I obsessed on romantic love and didn't stop to fully appreciate my dear friends and family who hold me in their hearts.

9) Random question: Have you checked out Bud and Mimi's cool new meme, Monday Madness? Yes. You should, too!