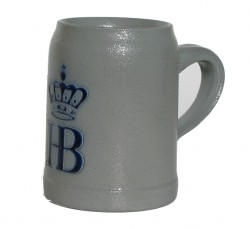 1) In this song, Fabian sings he has change in his pocket. Every evening, Sam puts her change in the piggy bank on her kitchen counter. Do you do anything special with your coins? Or do they just jingle/jangle in your wallet or pocket until you spend them? I am obsessed with quarters. I collect them in the Hofbrauhass beer stein I got in Munich decades ago. Then I use them downstairs in the coin-operated washer/dryer.


2) Fabian got his start because his neighbor in Philadelphia owned a record label and thought 14-year-old Fabian had the looks to be a teen idol. Tell us about a time recently when you were in the right place at the right time. I'm sorry, but I've got nothing for this one.


3) His record label paid Fabian $30 week to study singing after school. What jobs/chores did you have when you were in high school? Did they prepare you for your eventual career? Mostly I spent my high school years babysitting. Since the kids went to sleep early, I spent most of the time drinking pop, eating potato chips and watching old movies. Sadly, I have yet to find a job where soda/salty snack consumption and a love of MGM musicals is rewarded. 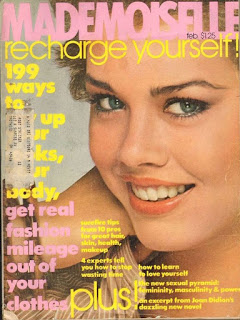 4) In 1959 he appeared on the cover of now-defunct magazines like Teen Screen and Dig. Who and what did you read about when you were a teenager? Mademoiselle was a favorite. It was like Glamour, but promoted a more affordable lifestyle to a younger audience. It also regularly printed book excerpts and short stories by very good writers. Alas, it is no more.

5) In the 1960s he moved from singing to acting. In 1965 he appeared in Ten Little Indians, a screen adaptation of an Agatha Christie mystery. Have you ever read an Agatha Christie book? I just discovered her comparatively recently. Her stories can be a little predictable but they're fun. And I forgive Ms. Christie for being formulaic since she's the one who developed the formula. What a crafty old girl she was!

6) In 1973, in an attempt to jumpstart his career, he appeared nude in Playgirl magazine. By the time it hit the newsstands, he regretted it.  Tell us about a time you were very embarrassed. This was like 100 years ago, but I remember it like it was yesterday. It was lunchtime and I was enjoying the sun by walking across a very crowded plaza. I spotted a guy I knew -- and was crushing on -- and called out to him. At that very moment, the wind caught my skirt and lifted it, a la Marilyn. So it looked like I was flashing him. Smooth, Gal. Very smooth.

7) In 1959, when this song was popular, most women wore nylons on a daily basis and the average price per pair was $1. What socks or leg wear -- if any -- do you have on right now? I'm barefootin'. 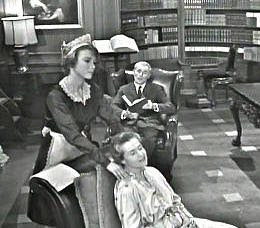 8) 1959 also saw the premiere of The Twilight Zone on CBS. 58 years later, you can still see the show in reruns. Are you a fan? Oh, yes. My favorite is about a young woman named Jan. Her brilliant but reclusive parents live shut away from the rest of the world, tended by a household of robots of their own creation. Jan is lively and pretty and wants to go out and have fun and meet people her own age but her parents forbid it. Eventually Jan begins to suspect the reason for all the isolation and secrecy ... and why aren't there any photos of her as a baby in the family album ... and why doesn't she have any childhood memories? When she gets that she's a robot, too, she gets all balky and they have no choice but to dismantle her. Though intellectually they understand she is an it with no more feelings than a vacuum cleaner, this childless couple has come to love Jan and they can't bear to throw her away. So they reprogram her as their maid. And, I guess, they all live happily ever after. As happily as people do in The Twilight Zone.

9) Random Question: While we're talking about TV ... Sam finds it disturbing that her brother claims he's seen every episode of Bad Blood, a show devoted to family members who have murdered their relatives. Do you enjoy "true crime" reality shows? Well, that show sounds creepy and I think I'll pass. But I have fixated on trials of the day, like Casey Anthony and Jodi Arias, and last weekend I watched a documentary on the Scott Peterson case.

When the news feels very personal

I have two trips planned between now and the end of the year. They are both to places that have been featured prominently, and not positively, in the national news.

Thanksgiving in Vegas. In little more than a month, I'll be celebrating my birthday and turkey day just doors away from Mandalay Bay, where the nation's more prolific mass shooter mowed down 500 people. My heart is bruised by this carnage.

Christmas in Key West. Hurricane Irma did her damage there. The Publix Store, just minutes from the hotel where I'll be staying, was the site of an airlift that delivered bottled water and meal rations. It's the kind of thing you expect to see in a third world country, not outside of the grocery store where you've bought bananas, orange juice and Coke.

I know that these destinations depend on tourist dollars, so they will be up and running and ready for me. My friends, Reg and Henry, live in Key West and assure me things are rapidly returning to normal. I even spoke to the hotel where I'll be staying and the manager tells me all is well -- his building sustained minimal damage that's already been repaired and he can't wait to meet me.

But I wonder how it will feel to celebrate in towns still tinged with tragedy. I'm already hyperemotional these days, what with lingering concerns about my job (and, therefore, finances) casting a long shadow over everything. While that shooter didn't fire at me, and my roof was untouched by hurricane winds, I'm still an American. So on some level, what happened to those citizens did have an impact on me, too.

So I'm worried about being sad, I guess. And that's one of the ways depression takes hold of me. Worry about worry ... and then things start to look hopeless ... and the way I feel right now begins to feel like the way it will be forever.

Fortunately for me, the sun is shining. The sky is blue, Cubbie blue. And last night, my heroes delivered what's being called "a capital performance." 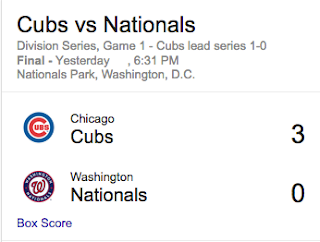 I know my guys aren't favored to go all the way this year. I realize how hard it is to repeat in the MLB. But they got here -- for the third year in a row! -- and they're defending their World Series championship with heart.