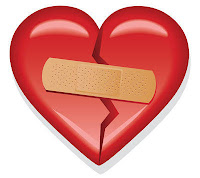 I was watching the extra-innings Cub game last night, so I really had no idea how bad the situation in Dallas was until this morning. I am overwhelmed with sadness.

I want to state upfront that I like cops. I have never had an experience with the local, hometown police department or with the CPD that was anything but positive and respectful. In fact, just this morning a Chicago officer took my elbow and maneuvered me safely through the crosswalk on Michigan Avenue. He called me, "Darlin'." All I ever feel when I see a police officer is safe.

So I know that not everyone enjoys the rapport with law enforcement I do. This is a problem. A BIG PROBLEM. And it must be highlighted and discussed and fixed. Fast.

And this doesn't help. Douchebag former IL congressman Joe Walsh was tweeting like crazy last night. He worries enough about his future employability to delete these incendiary messages. But here's the thing -- he got "likes" and retweets. For crap like this (there were three altogether) ... 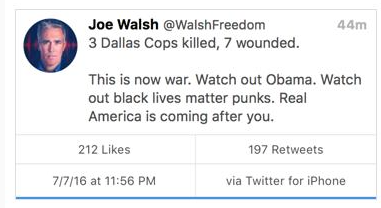 So I'm worried. Very worried. What this country doesn't need right now is Donald Trump, a man who encourages his faithful to rough up the protesters at his rallies. Who demonizes and divides. Who throws gas on the fire for his own personal gain.

We need a grown up as President. I was heartened to hear President Obama's measured and compassionate messages yesterday. But he won't be POTUS on January 21. So we need Hillary.

I don't especially like her, and never have, I've been awake since the 1990s, so I know her negatives.

But she's our last defense against Donald Trump. And she earned more then 3 million votes than Bernie Sanders, many from the disenfranchised people of color who feel the need to be heard. (Black votes matter, too.) So I sincerely hope Bernie Sanders is both wise enough and patriotic to endorse her whole heartedly and fast. 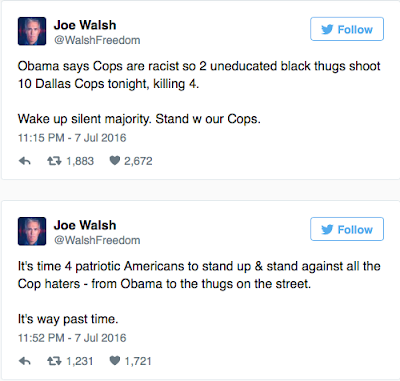