And what did you do today?

I took a bath and shaved my legs!

Then I got dressed and took out the trash. I didn't cheat and use the chute. I went all the way down to the dumpster.

I walked all the way around to the front of the building (!) and picked up my mail.

I came back up and washed down my George Foreman grill.

I changed my sheets and towels.

I sorted my laundry (whites, darks and colors).

I put on fresh pajamas and got back into bed.

When you're sick, this feels like a productive day!

Maybe this flurry of activity means I'm on the mend.

I've felt crappy all week, and that has colored my outlook. I shouldn't let that happen. Nothing is ever all bad, and there's always something to be happy about.

This week, it was dinner with John. We met at Infield's, the little sports-themed bar in the basement of Macy's.* We had a lovely time.

I approached it with some trepidation. I've been having a terrible time getting hold of John since Thanksgiving! He refuses to do Facebook, seldom checks his email, can't access his voicemail, and is spotty about responding to texts. If my text doesn't fortuitously reach him at the moment he's looking at his phone, it can go unread for days (forever?).

I told him as sternly as possible that this is a shitty practice. He is 64, with heart disease and diabetes. He's been hospitalized for both. How do I know he's OK?

He apologized. It turns out that much his self-imposed isolation comes from the blues. Garden variety depression. I'm not making light of it, but I'm relieved because it's something I can understand.

John was laid off in September. His severance was up in mid-October, and now he's collecting unemployment. He's getting by, but barely. He knows that he has to seriously begin looking for work, but he doesn't know what he wants to/can do. Since January 6 -- the day everyone at his old office returned to work -- he's felt aimless and adrift. 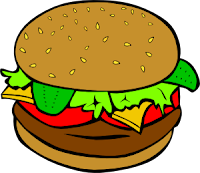 I told him I'd help in anyway I can. I invited him to enjoy my gift card to Tao with me, and that made him happy. We laughed a lot. I enjoyed my burger -- really, if you're ever at Infield's, get the plain, old, no-frills burger; it's very good. I was home and back in bed by 9:15 PM. (Hey! Don't judge me! I'm sick!)