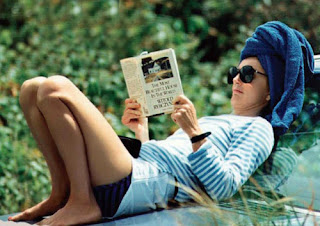 To participate, and to see how others responded, click here.
1. What are you currently reading? The Nine of Us: Growing Up Kennedy by Jean Kennedy Smith. Among Joe and Rose Kennedy's nine children were war heroes, world leaders, diplomats and philanthropists, even a noblewoman. This extraordinary clan literally changed the world. Shortly after marrying into it, Jackie said her husband and his siblings were like soda water, and that next to them, the rest of world seemed flat.

Jean Kennedy was eighth of those nine. This is her memoir. So far, it's a rosy and uncritical look at the family she grew up in and admired. It's certainly not the most balanced account of "growing up Kennedy," but it's loving and lovely and I'm enjoying it thoroughly.


2. What did you recently finish reading? Open and Shut by David Rosenfelt. What a happy surprise this book was! Here David Rosenfelt has been writing this entertaining series since 2002, and its taken me a long time to reach for his first Andy Carpenter mystery.

Defense attorney Andy Carpenter is a charming protagonist and I rooted for him from the get-go. He has a smart mouth and he's not afraid to use it. He also loves baseball, dogs, justice, and his dad. His father, Nelson Carpenter, was a well-respected, retired DA who makes a strange request -- he wants his son to handle the appeal of a man Nelson himself prosecuted and put on death row. Before Andy can find out why, his father suddenly drops dead. Going through his father's personal papers, another huge family secret is revealed.

It's an exciting courtroom drama but there's quite a bit of action outside the halls of justice, too. The tension in this book comes from all Andy has to lose: emotionally, financially, professionally and physically. The story has lots of twists and turns and I admit it had me fooled at one point. I love that.

I argued to be included in this client meeting. Originally it was just supposed to be strategy and account, but thanks to my whining and the new Mr. Big's considerable muscle, representatives from the creative team were included, too. Then I started to worry. Would I do a good job? Do I have enough to contribute? Would my cat Reynaldo moon the participants?

I think I did a good job. I know I contributed. Reynaldo came up on my lap for a head rub or two, but otherwise kept a low profile.

However, the police came. Yes, I had to leave my video conference because there was a cop at my door. It amused my fellow conferees to know that officer wanted me to move my white Mercedes or it would be towed. Because I didn't mute my mic, they heard me tell the cop, "I wish I had a white Mercedes!"

So it was all fine. I'd been worried for nothing. It occurs to me that I worry all the time for nothing.

Tomorrow is my long-awaited mammogram. Let's hope it turns out that in regards to that, I've been worrying for nothing, too.

Get ready to get happy 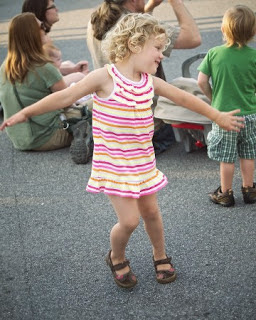 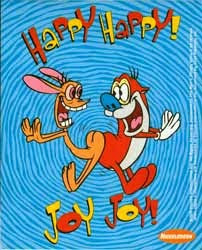