1) This song is about a wife warning another woman off her man. Who received the last warning, of any type, that you issued? I warned my cat, Reynaldo, not to knock that pencil cup onto the floor. He did it anyway.

2) Loretta sings that when her husband picks up trash, he puts it in a garbage can. She's being metaphorical, but we will be literal: If you spot litter on the sidewalk, do you pick it up or just walk on? I don't see trash on the sidewalk often, but there's always an empty potato chip bag or sweet tea bottle on the floor of the el. And I admit I leave it there. I worry about germs. I figure there's a reason why the maintenance workers wear gloves.

3) She taught herself to play guitar. If you could learn something new in 2017, what would it be? I should resume my attempt to learn Spanish. I think understanding and speaking another language would expand my understanding of the world around me.

4) She broke her shoulder in a fall and surgery was required to repair it. When were you last in a hospital? Were you a patient or a visitor? I spent a little time with my friend, Barb. Her husband was in the hospital.


6) Rowan and Martin's Laugh In premiered in 1968, when this song was popular. What's the last TV show you watched? Did you watch it live, did you stream it, or catch it on DVR/Tivo? I just watched an interview Dick Cavett did with Richard Burton back in 1980. I had DVR'd it. Now I have to decide whether or not to delete it. I loooooove listening to Burton tell stories in that deep, honeyed voice, but I'm down to 6% of storage space.

7) In 1968, Jacqueline Kennedy shocked the world by marrying Greek billionaire Aristotle Onassis.What's the last thing you heard that surprised you? That one of my neighbors is resigning from the condo board. There's so much drama in this little, 24-unit condo building! (Remember Melrose Place? We're just like that, only we don't dress that well and we aren't that attractive.)

8) 1968's top-rated car was the Chevy Corvette. Could your car benefit from a trip to the car wash this morning? No car.

9) Random question: You're staying in a hotel and find you can faintly hear the couple in the next room. Would you ignore their voices, or try to hear them better? Depends on my mood. I might be tempted to listen in, but if I'm sleepy I'd probably just turn on my TV for white noise as I doze off to sleep.

Tears ... and the Angry Inch

Wednesday night we went to see the touring production of Hedwig and the Angry Inch. It was a compelling night of theater and I liked the music, but it was such an angry story -- my favorite quote from Hedwig is, “It’s the direction of the aggression that defines the act” -- that I can't say I enjoyed it. I do know that I have been thinking about it a great deal.

But it wasn't the play that made the night memorable. It was my friend, Barb. As we had dinner before the show, she unexpectedly broke down. She and her husband are getting closer to putting their home here in Chicago on the market, their new home in Hilton Head is just about done  ... and John is still battling two forms of cancer. Every three weeks he goes to Northwestern Hospital for treatments.

What's more, she has two surgeries of her own scheduled before they move: an operation on her left eye and reconstructive surgery after her own battle with cancer. Additionally, her feet are bothering her, and it turns out she has arthritis which "could" require surgery in the future.

"I worry about what's going to happen to John," she said between tears. I didn't ask her to elaborate because I knew what she meant: he's dying. When he was diagnosed back in September, his first doctor told him he had six months. That was six months ago. His new medical team said they "don't look at cancer treatment that way," and that he's been "responding" to medication. But both she and John know he's never going to get better. He gets winded so easily that he cannot climb even a flight of stairs on his own. And yet they are going to pack up everything they own and drive 950 miles to South Carolina. 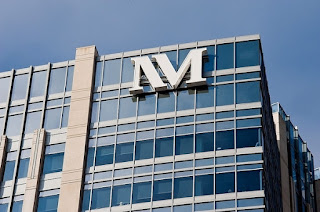 She did articulate that she's worried about their medical care. Northwestern is the #1 hospital in Chicago for cancer treatment, and it's been ranked in the top 10 nationwide. Not only is John's cancer team there, so is Barb's. The oncologist who oversaw her mastectomy less than a year ago is also at Northwestern. I told her that Hilton Head has a big retirement community and there must be good doctors nearby. She was skeptical and, frankly, I don't believe what I said, either. I know someone in Key West who has to drive (now, be driven) 150 miles to Miami for care. Major metropolitan areas have their advantages, and big hospitals are among them.

The poor woman has so much on her mind. Packing up her home. Selling her home. Overseeing the construction of her home in another state. Her vision. Her feet. Her cancer. His cancer. And, living in a new town when his health deteriorates.

I didn't tell her everything would be fine. I didn't want to insult her. Instead, I told her that, under the circumstances, feeling overwhelmed completely rational. I told her I'll always be here to listen and give her a hug. She smiled sadly and said she could foresee a time in the not so distant future when I'll be living her with her in her new big house. She imagined us as two retired ladies in Hilton Head, playing nine holes of golf and then having dinner at 4:30 in the afternoon.