Oh, Me of Little Faith!

I admit I was a little nervous about this series with the Cardinals. I mean, they're a good team. And what did the Cubs do? They swept their way into FIRST PLACE! (Kings of the hill, top of the heap.)

1. Name three things you love about yourself. I'm basically happy and optimistic (even and especially when the situation doesn't warrant it); I am good with animals; I try to do good.

2. What’s the bravest thing you ever did? I interrupted a rape in progress, dialed 911 and stayed with the woman until the police arrived. Then the police took me for a ride in the car to see if the perpetrator was still in the neighborhood. We didn't find him, so I didn't have to confront him. But I would have.

3. Talk about the craziest night of your life. The night I partied with Bruce Springsteen. If you want to read it, here's the link. (If you don't, well, that's OK, too. It's not like Bruce often retells the tale of the night he partied with me.)

4. Name three things you want in life. Not to worry so much about money, to catch up on my reading, to feel good physically.

5. Who’s your biggest celebrity crush? To borrow from Chuck Berry, I'm one of the good women who'd shed a tear for a brown-eyed handsome man. 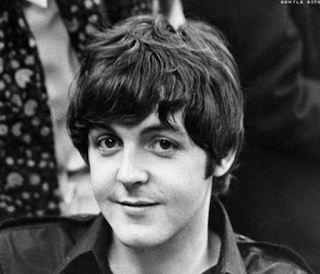 6. What’s your most common mistake? I'm indiscreet. My mouth gets me in trouble.

7. Which three things would you save if there was a fire? My purse. It's filled with all kinds of stuff. (PS I don't consider my cats as "things," so they were not in my consideration set.)

9. Talk about something good that recently happened to you. I loved the TCM Film Festival. Every day I got to hang around with literally thousands of people who love what I love ... old movies.

10. Which fictional world would you want to live in if you could? It's not a fictional world, really (Concord did exist in the 19th century), but I'd love to hang out with the March Sisters of Little Women.

11. What’s one thing you can never say no to? Sweets

12. Talk about a childhood memory. My grandpa built a swing in the backyard, next to the garage. I loved that swing.

13. Name five things you find attractive in others. I like people who are: Cub fans, pet lovers, kind, funny, able to live their faith without being sanctimonious (I have a minister, thank you).

14. Are you good at making final decisions or do you easily change your mind? I am decisive

15. Name three guilty pleasures of yours. Nilla Vanilla wafers, Elvis movies, big picture books and magazines about Diana and her boys. (Baby Sussex! Please get here! I can't wait to see you!)

Taylor Davis is in his third season as a Cub, but he still hasn't played in 20 major league games. I don't believe I've spoken his name. Until yesterday.

For on Saturday, he got his first-ever home run as a major leaguer. With the bases loaded. Against the Cardinals! That's a story worthy of Roy Hobbs in The Natural. To put that one big swing of the bat in perspective, Saturday morning, he'd batted in three runs over the course of his career. This morning, he has seven.
So let's take a moment to give Taylor Davis his due. He's 29 years old. Was drafted late (#49th round) by the Marlins, who promptly traded him to the Cubs. He played more than six seasons in the minors on teams like the Tennessee Smokies and the Iowa Cubs. He was called up to the majors in 2017, as the Cubs third catcher -- after All-Star Willson Contreras and Victor Caratini. If Victor hadn't broken his hand last month, Taylor Davis would have been riding the bench yesterday.

But Saturday, Taylor Davis got to start a game. Finally his name was penciled in on Joe Maddon's line up card. And he made the most of his day in the sun with a Grand Slam.

Here's to Taylor Davis, and all the other players who grind it out, game after game and season after season. Because they are ballplayers.

Roy Hobbs, I give you the last word.