See this? This is what happens when a reckless jerk named German Marquez throws a 96 mph fastball at your head.


The ball knocked Kris Bryant's glasses clear off his face (there they are, flying through the air, sans an earpiece) and twisted his helmet on his head. He had to be helped off the field and is under observation for a concussion. (So far, he's fine.)

Marquez' teammates say he wasn't aiming at Bryant's head. Yeah, whatever. When you're throwing inside and that hard, you are required to be careful. He wasn't. And he injured one of my guys. Bastard. The umpire didn't even eject Marquez.

One of the Cubs' coaches threw a cup of coffee at the umpire. As the Beatles sang, "You can't do that." So he was ejected. But I understand his fury. Look at KB in that picture!

A couple of Burts

In 1994, when Burt Lancaster died at age 80, my grandmother was bereft. I was surprised, because she had never expressed her affection for him before. She seemed to go for the Latin lovers that were popular in the old days -- Fernando Lamas, Riccardo Montalban, and most of all, Cesar Romero.

"You don't understand," she said sadly. "Even my movie stars are dying." My dad (her son) was gone. Her husband and parents were gone. And now, even Burt Lancaster, who was crazy popular in her regular movie-going days, was gone.

Today, I kind of understand. I rented The Last Movie Star from Xfinity OnDemand and was touched and appalled by Burt Reynolds. I don't know how to judge his work in this movie, as he is pretty much playing himself and I wonder how it would play to someone who didn't watch him on The Tonight Show and Hollywood Squares and Smokey and the Bandit.

The stud who posed nude for Cosmopolitan now cannot walk without a cane, and his voice is so ravaged it's hard to hear him. I feel sorry for him, but I'm also mad at him. His frailty is a reminder of my own mortality. He's my Burt Lancaster.

I was never a fan of Burt's. He was a little too smirky and a little too superficial. But he was ubiquitous in the 1970s. I saw Smokey and the Bandit at the show ... more than once. We all did. I can still sing the theme song. ("East bound and down, loaded up and truckin'. We're gonna do what they say can't be done. We've got a long way to go and short time to get there. I'm east bound, just watch old Bandit run.") I still think of him whenever I'm served Coor's. 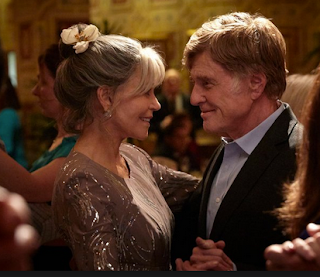 Fortunately the actors of that era I did fangirl over are faring better these days. Two-time Oscar winner Robert Redford just teamed with Jane Fonda for the fourth time in Netflix' Our Souls at Night. I haven't seen it (no Netflix) but I did watch them do publicity. At 81, he's still fit and articulate and he has a scene where he and Fonda dance, so I know he's still mobile.

Oscar winner Warren Beatty is still working, too. I saw his turn as Howard Hughes in Rules Don't Apply. I was ambivalent about it -- Hughes' mental and emotional problems are being played for laughs and they really weren't funny. But here's the old auteur, acting and directing at 80. And, lest you have any questions about his mental agility, just recall him at both the 2018 and 2017 Academy Awards.

It was Warren who first realized what had gone wrong at the 2017 Oscars, that LaLa Land wasn't really the winner. He knew he had been given the wrong envelope and refused to relinquish the evidence until he was vindicated. It was fun to watch. He may be old, but he's still imposingly tall and he just wasn't letting go of that envelope and no one was going to make him.


God bless you guys. Because Bob and Warren, you mean more to me than your estimable work. You are my touchstones. Don't go all Burt Reynolds on me!

This is asked on Sunday, which is not a typical morning. But here's how it unfolded ...

•  Got up on my own. Meaning: no alarm. I locked Rey out of my room at about 2:30 AM because he was too disruptive, so I thought I could sleep even later, but my room got soooooooo hot it woke me up.
•  Fed the cats. Each is on a special diet, so I have to watch and make sure each sticks to his/her own bowl.
•  Watched the local news and farted around on the Internet
•  Went back to bed for an hour
•  Watched Meet the Press and This Week (George was actually there!)
•  Put together a bag of "housewares" for Goodwill (the fan, heater, flower pot and vase from my office)
•  Showered.
•  Put in NEW lenses (which I do on the 22 of each month)
•  Executed my skincare regimen.
•  Brushed my teeth.
• Took my meds from my days-of-the-week pill case. (Prevents me from asking myself five hours from now, "Did I take my meds?") 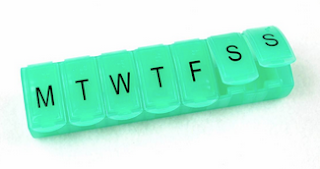 1. If you could eliminate a single type of insect in the world, which would it be? Oh, no you don't! You're not going to trick me into forgetting what we learned in Girl Scouts: every one of Mother Nature's creatures serves a purpose. I'm not eliminating anybody.


2. If you could have personally witnessed one event in history, what would you want to have seen? I already witnessed a pretty cool one. I had the distinct honor of being in the crowd on 11/4/08 when Barack Obama addressed us, and accepted the Presidency.


3. If you had to paint your entire home inside and out a single color other than white, what would you pick? Light blue


4. If you could decide what will be written on your gravestone, what would you have inscribed. Just the names and the dates.


5. If you could have a secret listening device in any one room in the world, what room would you put it in? My boss' boss' boss. He's the one who ultimately decides if I get axed this year.


6. If you could have any music group that no longer exists play at your birthday party, who would you want? As Ed Sullivan memorably said, "And now, here they, THE BEATLES!"


7. If you were to perform in the circus, what would you do? Ringmaster


8. If you could master one type of cuisine, which one would you choose? Italian! It's my favorite.


9. If you had to have one piece of music softly playing in your mind for the rest of your life, what would you want it to be? "I Will" from The Beatles White Album.

10. If you could ensure one single personality trait in your children, what would you want it be?  Curiosity

11. If you could resolve any single dispute, anywhere in the world, what would you solve? I am so not equipped to even dip a toe into this arena.

12. If you could be a guest on any talk show, which would you like to be on? Colbert! Because I love him.


13. If you were to be a news correspondent posted to any foreign country, where would you like to go? There's a little wedding coming up that I'd love to cover. 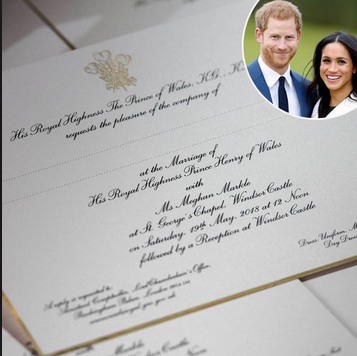 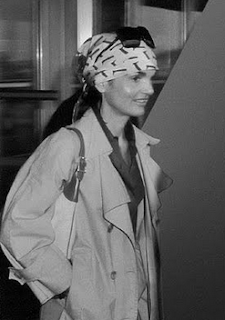 15. If you could pick one person from history to live next door to you, who would you pick? My all-time heroine, JBKO. I've read comments made by her younger friends (Carly Simon, Kathy McKeon) about how she enjoyed playing mentor. Maybe she could teach me how to tie a scarf. For real! I could do a post solely on Jackie and her scarves! She saw the world in a way I just can't.

Also, we share a love of older buildings, and of books. I'd love to ask her how she feels about the internet.

Had lunch with my nephew yesterday. As his senior year ends, he's terribly excited because he really hated high school. And because, at 18, he's about to take his first solo vacation.

He's going to Newark! About a decade ago, he began playing Pokemon online with like-minded little nerds all over the world. Even after the passion for Pikachu faded, he stayed in touch with two of the boys. One lives in Kentucky, and the other lives in Newark.

The one in Newark just had a baby and is about to marry his baby mama. The groom is 21. He's invited his two midwestern Pokemon pals to the wedding. It will be the first time the three of them have met, face to face.

Nick is paying for the flight, a wedding gift and a haircut himself. A friend of the groom's works at a nearby hotel and is giving them a break on the room for a couple nights.

Graduation! Junior college vs. university! Vacations and weddings! Wasn't I just pushing this kid in a stroller?