1. What are you currently reading? The Fabulous Bouvier Sisters by Sam Kashner and Nancy Schoenberger. This dual biography of Jacqueline Kennedy Onassis and her sister, Lee Radziwill, is by the writers who authored Furious Love.  That book was the extraordinary, sweeping tale of Elizabeth Taylor, Richard Burton, and their epic love affair. This one, alas, is nowhere near as good.
Lee, who died last year, cooperated with the authors. You'd think that would give the book greater authenticity, but it's weighed down by an unintended consequence: a lot of distracting Lee-centric detail. For example, in 1959, Lee acquired an English country home that she decorated in her own perfect taste. Pages are devoted to how she daringly chose theatrical designer Renzo Mongiardino and worked with him to realize her vision. OK ... but there was very little about Jackie's life in 1959. She was living in Washington with her toddler daughter and her husband -- the junior Senator from Massachusetts -- and the family was gearing up for his Presidential run. Nary a mention of any of that, which I find far more interesting than Lee's choice of wallpaper.
I guess that's the problem with the book thus far (I'm about halfway through). Lee's life is seldom as interesting as Jackie's -- an observation Radziwill heard often and resented mightily. But "the fabulous Bouvier sisters" remain the subject of enduring interest not because they were once the star debutantes of Newport society. It's because Jackie became a historical figure when she married John F. Kennedy, and then from the White House, she captivated the world. Sorry, Lee. I'll finish the book, but so far, I wouldn't recommend it.

2. What did you recently finish reading?  Eighteen Acres by Nicolle Wallace. This novel is about a quartet of Type A Washington women: our first female President, Charlotte Kramer; her first-ever female running mate, the colorful Tara Meyers; her first-ever female White House Chief of Staff, Melanie Kingston; and network reporter Dale Smith, who is having an extramarital affair with America's First Gentleman.

The author is the same Nicolle Wallace who has her own show on MSNBC every day. Before that, she was briefly a co-host on The View, and before that, she was a Washington insider -- a veteran of George W. Bush's White House and John McCain's Presidential campaign. She puts her entire resume to use in this gossipy, sexy political thriller. I'm guessing that while on The View, she learned to be conversant on designer duds. Dior, Jimmy Choo and Vera Wang are name-dropped here to entertaining effect. First in the White House Press Room and now at MSNBC, she's probably picked up on how alternately competitive, resentful and supportive TV reporters can be. Working for President Bush, she experienced how the White House responds to fast-moving events. And as part of McCain's campaign, she learned a thing or two about sassy Vice Presidential candidates who can't resist the limelight.

I had great fun with this book. It's like a drugstore candy bar: empty calories, not too memorable, but pleasurable while it lasts. (PS The acreage of the title refers to the White House grounds.) 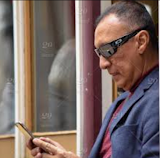 It's taken him a week to mention it, but my friend John is fine.  Our little drama began last Wednesday, when my friend -- aged 65, with diabetes and heart trouble -- mentioned that he was feeling rundown and "monitoring for symptoms." I texted back that now would be a good time for him to take his "Medicare out of the box and give it a try," though if I know my bud, he still hasn't signed up for. (He has until October 3, and I'll bet you anything he'll wait until October 2.)

We exchanged messages throughout the week like always -- Cubs, mostly, with a rather poignant exchange about RBG -- but I scrupulously avoided nagging him because it does more harm than good. He just shuts down and goes into hiding.

Today he rewarded my patience and restraint with a text letting me know he's "fine." PHEW!

Meanwhile, on the other side of town, my art director found out over the weekend that she was exposed to the virus. She went to look at a condo and the realtor who showed her the place reported that he's tested positive. Today she went and got a walk up test. She'll find out definitively later this week, but the tech who administered the test was upbeat. Since my AD was with the realtor 9 days ago now and has shown no symptoms, odds are very good she's OK.

I'm very glad that, although she and I work together for hours every day, we do it from our respective homes.

And I am so fucking ready for this virus to be over.