No baseball this weekend 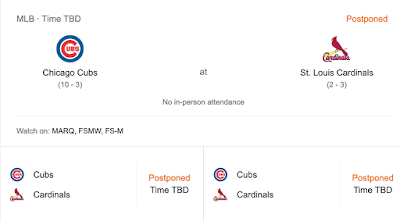 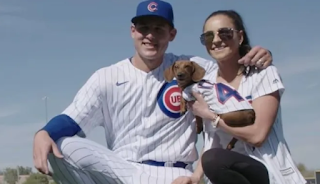 Nine Cardinal players and seven of their staff have tested positive for the corona virus. While I'm sorry to miss baseball's greatest rivalry,* I am grateful that my guys are still safe.

At least Anthony Rizzo gets to spend his 31st birthday at home with his wife and dog, Kevin. Being Rizz, he's celebrating his birthday with a raffle to help the families of kids with cancer. Some lucky winner (hopefully ME) will receive a signed bat, ball or photo.

Today's happiness -- 30 good minutes.  My dear friend Henry and I caught up. I told him about my niece's bridal shower and the good news about my mammogram. He was delighted. He told me about his problems with his laptop and how frustrated he'd become. I commiserated, and feeling understood made him feel better. I hung up happy, and I think he did, too.

OK, so it started with a lie. I called Henry at 6:25 and told him we only had until the top of the hour to talk because I promised my friend Joanna I'd call her at 7:00. In reality, Joanna asked me to call her "sometime this weekend," and I have no intention of calling her tonight at all. But I've learned that, when it comes to phone calls with Henry, less is better. If we're on the phone too long, we get into dangerous topics -- his brain injury, the accident, his ongoing problems at work -- that leave us both upset.

So I'm also happy that I'm adapting. It's been nearly two years since his accident, and I'm coming to accept him for who he is now instead of waiting for him to magically return to he was. 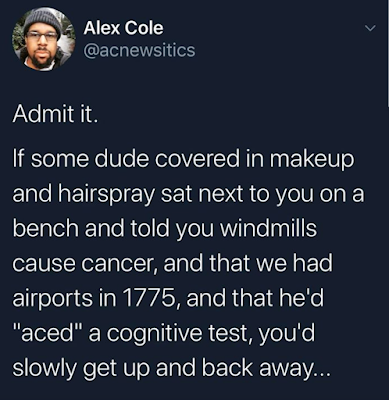