Yesterday my minister's sermon was devoted to reconciling faith and evolution; how often we are given an either/or ... if you believe in God, you doubt evolution; if you accept the fact of evolution, it diminishes the role of God. My minister stated what I have accepted since I was in grade school and saw my first fossil -- that you can accept science and know God and love are at the center of it all. Since this seems rather obvious to me, it was not my takeaway from the sermon. Instead I took out my notebook and scribbled his quote:


"All religious experience is a private revelation."

To which my heart shouts a hearty AMEN! 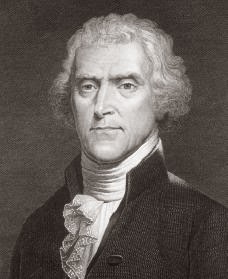 This is why I recoil when people wear their faith like a badge. It feels, at best, insincere to me and, at worst, like a violation of personal boundaries. There are bloggers out there that I have met through Saturday 9 that I no longer visit because they beat their readers over the head with their faith.* It literally makes me teeth hurt to see a post open with a psalm and then go on to show pictures of Trayvon Martin flashing his tattoos and exhaling smoke, implying that since a kid has body art and uses pot he is somehow inherently dangerous and brought on his own
murder.

I recoil. I'm disgusted, both as Christian and as an American.

I have the same reaction to politicians like Rick Santorum who explain how a being Christian dictates how I should vote and how he must govern.

First of all, all Christians are not Catholic and we don't all believe exactly the same thing. Secondly, the separation between Church and State as championed by Thomas Jefferson and John Kennedy is very dear to me. Especially as a woman. Religious totalitarianism is always bad -- whether you're trying to force me into a burka or a mantilla.

*I'm not suggesting these bloggers change their style. Our blogs are our space to use as we wish. If someone's writing bothers me, it's up to me to avoid that blog, it's not up to her to alter her content.