Thirteen top TV Show of 72-73. When I was growing up, September meant the end of reruns and the beginning of the new TV season. Let's get into the wayback machine and look at what was on the TV landscape 50 years ago. Notice this was before cable, so these are all network shows. Since there were no VCRs yet, all these shows had substantial audiences watching in real time.

9. The Wonderful World of Disney (NBC)

*This is kind of a cheat because it was really four shows that aired once/month: Columbo, MacMillan and Wife, McCloud and Hec Ramsey.

Jose Cuervo, you are a friend of mine

Yesterday was not a good day. Which is kinda cruel, because it started out so well. It was a beautiful morning. My commute was smooth. My train was not only on time, I got to ride in one of the new cars with cool new seats. The charter bus that runs between the train station and our office building was waiting for me and one of my favorite co-workers, Rita, was already on board and I was able to give her a little pep talk. She's been upset that she's being treated as "junior" and missing opportunities. (But she is junior! The trick is to explain that to her without crushing her spirit and ambition.)

Got to the office and had no morning meetings. This freed me up to concentrate on my dream project. I'd begun the audit of our client's massive library of blog articles. The plan was to show them what I already know: there's plenty of redundancy, of outdated information, of inconsistent or just plain bad design. From there, we expected the client to charge us with refreshing that portion of their website. They're a Fortune 50 company, you know them. They should have a website that reflects their status.

I'm so enthusiastic about this project because 1) it would be easy for the client to implement; 2) we could accurately track any increase in clicks and, therefore, show them the value we added; 3) it would be literally hundreds of hours of work for my agency. It's taken me a long time to get this project the attention it deserves because work like this will never win awards or get written up in Ad Age. Agency leadership is very into Clios and Cannes Lions and editorial mentions in industry rags. I, on the other hand, am very into doing work that demonstrably moves my client's business along. "Oh, Gal, that's 'small ball,'" I've been told. But here's the thing -- every major initiative we've recommended to the client has been rejected. Every last one. They don't see any value in these big, provocative projects. I have always been sure that if they ever see my idea, they will be pleased and approve it.

At lunch Rita and I went to a new French sandwich shop (I had a baguette!) and then, we came back to the office the wheels came off.

First I learned that Henry is back in the mental health facility. Yes, my darling friend is back in the looney bin for the second time this year. Once again, Henry woke up in the middle of the night and called 911 because he believed he was being attacked by his father (an 85 year old man who is in Puerto Rico and hasn't visited Henry in decades). He is going to remain there until the doctors decide he is no longer a danger to himself or anyone else. One bright spot is that once Henry calmed down, he understood who he was and where he was and allowed himself to be admitted. In May, the duration of his stay was determined by a judge.

Then I found out that our client has fired us. Well, that's not exactly accurate. They have decided to not to renew our contract after November 30. We did our first commercial for them -- a radio spot on a comedy broadcast -- back in 1956. Sixty six years we have had a partnership. As of November 30, it will be over. And so will my career. I turn 65 on November 22, almost exactly a week before the contract ends, and I take that as a sign that it's time for me hang up my spurs and retire. 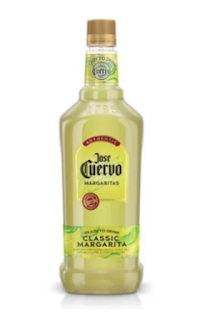 I got those two pieces of news within hours. I simply left the office after getting the last bit. I mean, what are they going to do to me at this point? I got home, poured some Jose Cuervo, and got on the phone. First I called my oldest friend, then I called John. Then I watched baseball. (My Cubs beat the Mets.)

Today was a work-from-home day. I never got dressed. Never put on any makeup. Spoke to a Medicare broker, who sent me all the information I need to get that process started so I don't have any gaps in my coverage once I get bumped from my employer's plan. (I really need dental!)

I've been with my agency 18 years. I believe, down to my bone marrow, that upper management fucked up this client relationship. They can give me this day to process and to heal.

While I realize that Henry's sad situation has nothing to do with mine, in my head they are coupled together. Yesterday was not a good day. Today is better. Tomorrow will be better still. But this was a lot of big news in a short period of time and I'm doing the best I can.