Last weekend, I was freaked out. My friends in Key West were being Irma'd. My aunt and cousins were on the road, fleeing the storm. My Cubs were not exactly awash in glory in their series against division rival Milwaukee.

This weekend, it's all different. Henry and Reg are OK. My aunt and cousins are OK. And the Cubs have won six in a row.

My outlook is completely, 100% rosier. I suppose I shouldn't let myself be so influenced by the outcome of a ballgame, but ... fuck it. WE SWEPT THE CARDINALS! WE'RE IN FIRST PLACE! WHOOMP, THERE IT IS! 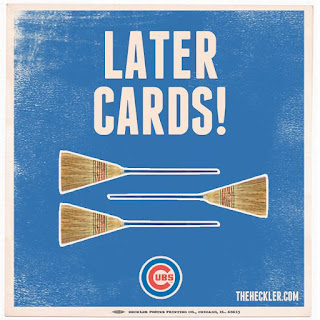 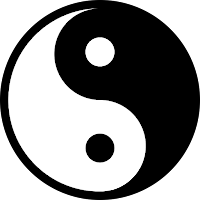 As a barren spinster, I find married people fascinating. And over the past few weeks, I've had a chance to ruminate about two happy couples. I conclude that there's something to that whole "opposites attract" thing.

Take, for example, Reg and Henry. They have been together close to 25 years, legally married less than one. After weathering many storms -- literal and metaphorical -- they remain very much in love. While Reg appears to be the alpha, since he's the moodier and more blunt of the pair, I know that Henry always gets his way.

They share some very important values, like friendship and their love of animals. But in other ways, they are different, and their reaction to life in Key West after Hurricane Irma illustrates that.

"We're fine!" Henry keeps insisting. Minimal damage to the house -- just a cracked window, and it was double pane anyway, and a fallen tree in the backyard. The generator is humming along. They have food and booze and the car is fine. Some of the bars are even open! Can't wait to see you! C'mon down!

Reg, on the other hand, is hot and dirty. They are flushing their toilet with a bucket and they can't wash their clothes. He's taking military showers, and is brushing his teeth once a day with water he's boiled. To preserve gas, they're cooking whatever they can on the grill, including Spam. And the smells! The fallen tree limbs and vegetation are starting to rot and stink. Tons of seaweed washed far ashore by Irma and there it sits, getting more fragrant by the minute. He can't avoid these odors because all the windows are open -- the AC isn't working. He wants to go back to work, just to escape the smells, and the boredom! No TV, spotty phone reception, no internet. He trusts life will get back to normal some day, but when?

They live in the same house, wake up in the same bed on the same island, and yet their lives sound so different! Yin to yang. Somehow it makes their happy relationship work.

At the memorial service for Barb's husband, much was made of their differences. He fantasized about being a rocker, her favorite musician is Yo-Yo Ma. She went on a safari in Kenya and climbed the Himalayas, he was content to relax every summer by carrying his own canoe along the Chain of Lakes. He ran every morning and avoided fats, she loves rich French food and the only exercise she gets is walking to her car. His drink of choice was whiskey, hers was a good red wine. Yet every night they toasted one another, "TEL." Those three letters were on the inside of their wedding bands. It stood for, "To Everlasting Love."

For them, opposites attracted, fused, and created something very special. Yin to yang.

1. Have you ever had chicken pox? Yes.

2. Have you ever shopped in Home Depot? On occasion. And, since they were once a client, I know that they prefer being referred to as The Home Depot.®

3. Have you ever spied on your neighbors? I have peered through the peephole every now and again, but only when there's hubbub in the hall.

6. Have you ever lied about your age? Yes.

7. Have you ever fired a gun? Once, when I was a very little girl. I hated how it practically leaped from my hand. This is one of the few times I remember my mother ever yelling at my father. "You let her WHAT?"

8. Have you ever been ice skating? Yes. I sucked at it.

9. Have you ever played golf? Only miniature golf.

10. Have you ever hidden on Halloween because you had no candy for trick or treaters? Once. Now it seems I'm never home when the kids come by.

11. Have you ever made a prank call? Decades ago! How do kids do it today with Caller ID?

12. Have you ever gotten a tattoo? No

14. Have you ever locked your keys in the car? No.

16. Have you ever been to the circus? Yes. What I remember most clearly is the bad candy.

18. Have you ever built a fire? Yes, but I used  newspaper for kindling and lit it with a match.

19. Have you ever been skydiving? No.

20. Have you ever bought something at a garage sale? Yes. Which is why I don't go to garage sales anymore.

21. Have you ever walked in on someone having sex? According to my mother I unknowingly did.

22. Have you ever faked an injury to get out of something? Injury? No. Illness? Yes.

23. Have you ever been to a nude beach? I've been a clothing optional pool, if that counts. I kept my top on. I burn too easily for such nonsense.

24. Have you ever received a speeding ticket? No.

25. Have you ever run a marathon?  I consider just living this life running a marathon. 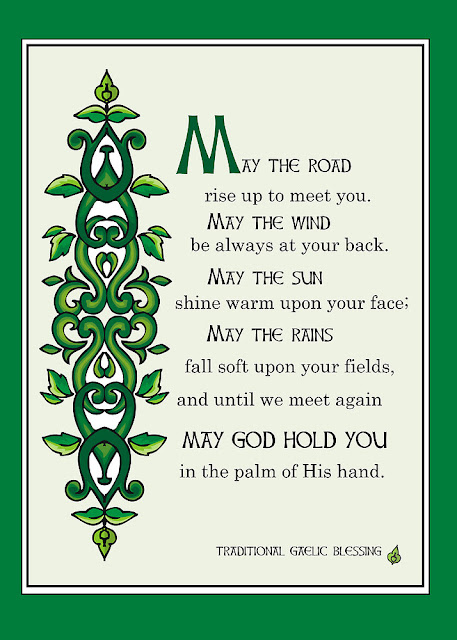 I spoke to Henry today! After several rounds of phone tag and texts, we finally connected in real time. I'm so very relieved.

They're fine. The car is fine. The house is fine -- they lost one pane of a double-pane window, and Henry's favorite tree went down, but that's the only damage sustained.

Key West still doesn't have any power, but they have a generator so they aren't suffering. No TV, spotty phone service, no internet. They have running water, but it isn't drinkable. They are happy to home.

The people that I saw receiving emergency aid at Publix were mostly from the trailer parks. Those poor folks, it seems, lost a great deal. But most of the island is, in Henry's new favorite word, "fine."

Some of the bars have reopened. Now that's Key West!