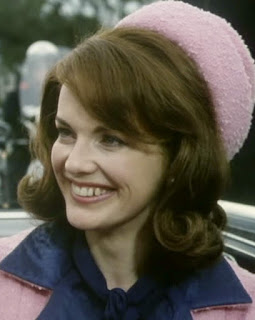 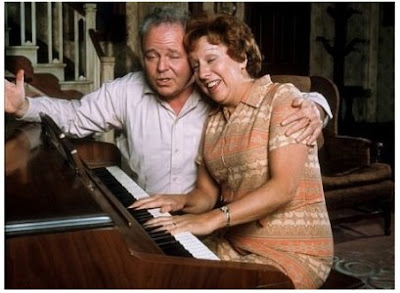 OK, so maybe he's so politically naive/racially motivated that he believes Barack Obama was afraid to face Herman Cain in November because it would stop the Prez from "playing the race card."

And so what if he actually hopes the Supreme Court repeals the ban on DADT?

And yes, he picks fights with strangers at the Century City Mall because the people who work in the kiosks "harass women." And when he's not watching FOX News he's listening to Tammy Bruce.


My oldest friend is completely twitterpated by him.  She's seeing him again today. I hope it goes well because she's a woman who really does define herself by men.

For a year I have been trying to convince her to join a church or volunteer at the nearby family counseling center because she so desperately needs friends. Instead, she signed up for an online dating service. Now that she's met Archie, she actually volunteered at that very counseling center because, well, he does volunteer work. (She met her ex-husband at karate class, even though she hates being physically active ... I sense a pattern.)

He also works at a docent at a nearby museum. A museum she's never set foot in ... but you can bet she will now.

When I went out to visit her last year, the only dinner we had that wasn't Domino's or Subway was from In and Out Burger, and that's because I insisted. Yes, she lives in Beverly Hills and never eats out. But with him she will.

She's been there a year, and yet the only tourist-y thing she's done (and she's done it twice now because it's all she knows), is the Dearly Departed Tour that I took her on when I visited her last year. Now, perhaps, she'll take advantage of all Southern California has to offer. She complains about the traffic and the pace and the parking, but she's never been to a play, a concert, a TV-show taping or even the ocean. Even though all this is in her own, glamorous backyard. Maybe she will finally do that with Archie.

It worries me that his temper is so close to the surface. That he concentrates so much of his energy on hating on "them" (OWS, "the coddled/entitled generation", Barack Obama, gays in the military, and -- my favorite -- haters) because my oldest friend has one of the most coddled/entitled kids ever (think Mildred Pierce if Veda was a boy) and because she hates arguments and raised voices.

But look at Archie and Edith. Weren't they happy together? Maybe life will imitate art. As different as we are, I truly do love her and hope Archie brings her some contentment and companionship.
Posted by The Gal Herself at 12/28/2011 10:07:00 AM No comments:

I'm a Harmonizer. It was fun and, I think, fairly accurate. While I answered all the aspirational/goal questions with exercise/fitness, I was happy to see how many decluttering responses there were. Makes me feel less freakish. (And less like a hoarder!)