What was your first alcoholic drink? A Singapore Sling. We celebrated my 21st at a Polynesian restaurant.

What was your first job? After school, my first job was as a secretary. Back when Gregg shorthand mattered.

What was your first car? My one and only car was a Chevy Impala.

What was your first mobile phone? A horrible black thing that didn't hold a charge.

What is your first proper memory? I remember pressing my hand flat on an ottoman and raising myself up. According to my mom, who remembered that footstool, I must have been about 2.

Who was your first teacher? Mrs. Erler. She had a bouffant and wore pearls! Glamour! 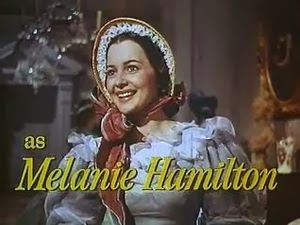 Which fictional character do you wish was real? So many! I'd love to actually know Jo March from Little Women, Kinsey from Sue Grafton's alphabet mysteries, Rae Spellman from the Spellman Files, Melanie from Gone with the Wind ...

Where did you go on your first ride on an airplane? Fort Lauderdale, FL.

Who was your first best friend? The woman who appears often on my blog as My Oldest Friend. We met in Kindergarten (I don't recall but she has a photo to prove it) but really bonded in first grade. Friends to this day. I'm very proud of that.

What was your first detention for? I don't recall my first one. But I did receive a detention for lying about having my period to get out of PE. I had to serve it swimming laps after school. It was a dumb punishment because I really enjoyed having the pool almost to myself and I didn't have to hurry to dress to make my next class. It felt more like a reward, actually.

Who was your first kiss? David. Sigh. I was so scared that my braces would ruin it for him, but I guess it was fine. He voiced no complaints.

What was the first film you remember seeing at the cinema? Mary Poppins. I can still remember those big red drapes opening and, amazingly, I saw the rooftops of London. I've been in love with going to the movies ever since.

What’s the largest amount of money you’ve ever won? $2,500 (after taxes) in the Illinois State Lottery

What’s the largest amount of money you’ve spent in one spree? I wouldn't call it a "spree," but I spent $12,000 in a matter of hours planning my mom's funeral last year. It was scary because my mom didn't have life insurance. In retrospect, though, I think it was a blessing in disguise. That bone-chilling terror about the expense distracted me from the horrible reality that she was gone.

If you had a warning label, what would yours say?  This End Up

Have you ever got sweet revenge on anyone? I let God handle that


Have you ever been to a live concert? Bruce Springsteen, Barbra Streisand, and (best of all!) Sir Paul McCartney. Some of my happiest hours have been spent at concerts.

Have you ever been to see stand up comedy? Yes. The last one I saw was Kathy Griffin. She was fabulous!

Have you ever needed stitches? Lots of times. Most recently was when I had a pair of moles removed as part of a cancer screening.

I really hate my life these days. It occurs to me that I'm the only one who can do anything about this sad state of affairs. And so it's time I got off my fat ass and got started!

My problem -- the reason why I get stuck -- is that I focus so much on the final destination that I forget the journey. I want to redo everything (finances, wardrobe, body, home) so completely that I lose sight of how happy small changes may make me, and that every journey has to begin with a first step.

So far: New microwave and new cardigans (that aren't blue; I just recently realized how much blue I wear). It's not a renovated kitchen or a new wardrobe, but it's a start.

The handyman is coming over Thursday morning to talk about repairing my shower and then hanging new curtains for me. I mean, why not? The living room still needs a paint job and I'd love to swap the carpeting for hardwood floors, but I can't afford to do all that right now. Still, I think walking in the front door and seeing new window treatments will make me happy.

I embrace the happy.


Saturday 9: Hopelessly Devoted to You

1) This is a sad song about unrequited love. What's your favorite love song, and is it happy or sad? "You Don't Know Me." It's an incredibly sad song, but I love it. As do many others. It's been sung by everyone from Elvis to Meryl Streep.


2) This song is from the Grease soundtrack. When that movie came out in 1978, the price of a postage stamp was just 15¢. When's the last time you visited the post office? I mailed a package about a week/10 days ago. I love the APC machine because I can do just about everything there without dealing with the uniformly rude postal workers. (I know it's a cliche, but they really are reliably the most unpleasant people!)

3) Not many people know that Olivia's maternal grandfather, Max Born, won the Nobel Prize in Physics in 1954. Share something about yourself that we might not have known before this morning. I was a unibrow in high school and spent hours and hours tweezing and plucking. This amazes me now because with time my brows have become sparse and pale.

4) Olivia's father was an officer in MI5, the UK's secret service. Sam's most recent run-in with the authorities had less intrigue or glamor, as it included a policeman pointing out the stop sign she'd somehow missed. Tell us about your most recent encounter with law enforcement. A local cop tucked his business card into the mail slot of one of my neighbors. "Call me right away!!" Yes, he wrote two exclamation marks. I wish I knew what it was about.

5) Olivia is part owner of an exclusive, luxury retreat called Gaia. If you had a day of free access to a heated pool, golf course, tennis court, gym, and day spa, but could only use one, which one would you choose? Spa. Facial, massage, pedi. Makeup tips would be nice, too.

6) Are you flirtatious? Yes, it's true. There are men out there with whom I have flirted.

7) Do you more often wear silver, gold, or platinum? Silver. And my birthday is next month, in case you were wondering what to get me ...

8) When you're on the phone, do you usually make the first move toward ending the call? Or do you find it hard to say goodbye? Usually I hate hanging up. Unless it's with my friend from the Keys. He only has a cell, not a landline, and it's kind of shitty and cuts out or drops the call completely and I get frustrated. We call each other back, we get busy signals, we call each other back again ... I'm always tempted to just call it quits when that happens.

9) Would you rather be smarter, richer, or more attractive than you are right now? Richer.