The Band Meme (aka The Album Cover meme)

I admit it. This frightens me.

Yes, you are the busiest woman EVER 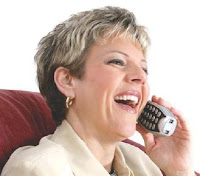 But then why are you always on a personal call when I come in to discuss work with you?

That's the way my thought bubble reads today when I approach the art director I'm partnered with. She's going on a business trip tomorrow morning and will probably be gone two days. She's been talking about this for weeks -- since early December, in fact. She also came in to the office two days last week while I was in Florida. So you would think she would have all her ducks in a row: a plan for getting to her final meeting destination, a hotel picked out, etc.

You would think that, but you would be wrong.

She's also so damn exasperated by the little projects that are reappearing on her plate, requiring final revisions before they go to production. You would think that after yesterday's meeting, she would be thrilled and delighted to have too much on her plate. But you would be wrong.

I could forgive all this if she wasn't on the damn phone, and on personal calls, every time I go in to discuss work with her. And then if she didn't have the audacity to roll her eyes and sigh about how busy she is. After all, she has to leave early today for her counseling appointment! And didn't I realize it was going to be cold and snowy when she traveling?

She's not a kid. She's right behind me in age, knocking on 50. You'd think she'd know advertising is a deadline driven industry, that we're now in competition for our jobs and every project is an opportunity to shine, that one of her gazillion personal calls could be to her shrink to reschedule her appointment, that it's been known to snow during a Chicago winter.

You'd think that, but you would be wrong.

Thanks for listening. Sometimes I think the blogosphere actually helps me keep my temper and prevents me from doing her bodily harm.
Posted by The Gal Herself at 1/05/2010 12:30:00 PM 4 comments:

I'm listening to Dusty in Memphis as I write. I love Ms. Springfield's voice, sometimes whispery, often beltastic. And my favorite cut is this one. That's saying a lot, since this song has also been covered by Norah Jones and la Streisand.

Thanks for keeping me company, Dusty, old girl.