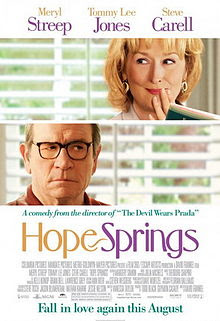 Got these from here.

My best friend understands how self-involved he has been and he freely said he's sorry. Gulp! This is big. This is an important moment in our 8 year friendship.

1. What was the last event or situation that got you really excited? Realizing I can afford to see Streisand. I grew up on the old girl and her career has meant a great deal to me. So I have The Boss in September and Babs in October. I have a good autumn ahead of me!

2. How old were you when you started working and what was your first job? I began babysitting at 14. $1/hour and $2/hour after midnight. Considering how young the kids were and how early they went to bed, I was, in effect, being paid to eat potato chips and watch TV. In all, not a bad gig.

3. Tell us about your grandparents. I had one set of grandparents I loved very much. Grandpa was great at hugs. He would envelope me. He smelled of cigars and licorice lozenges. When I cried, he'd pull me to him and sing, "Come to me, my melancholy baby, cuddle up and don't be blue ..." I truly thought he made the song up for me. He thought everything I did was brilliant. I miss that unconditional love. My Grandma was an even bigger Cub fan than my Grandpa. I think of her whenever I see Ryne Sandberg's #23 banner flying over Wrigley Field. She loooooved her Ryno. More even than (gasp!) Ernie Banks! (My other set of grandparents completely sucked.)

4. Do you procrastinate or are you usually on top of situations? I have no discipline whatsoever.

5. What would others say about you? Depends on which others you ask.

6. Do you believe in life on other planets? Intellectually, yes. Emotionally, no.

7. When was the last time that you were called too thin? About 20 years ago. Sigh. I miss those days.

8. Do you work out? Have you ever joined a gym and quit almost immediately? I INTEND to work out 3x/week. As you can see from the counter at right, that's not going to happen in August. And no, I've never joined and then quit.

9. Do you feel that you utilize all your intelligence in every situation? HA!

I recognize that losing his job has hit him hard. I am doing everything I can to help. I do this willingly and with an open heart. But it's beginning to weigh on me.

He asks my advice and then resists it ... until he works it all through and comes around. He complains about things he can't change. (LinkedIn is a fact of life in advertising/marketing. It just is! Not everyone will answer his emails as quickly as I do. They just won't!) And he can be stupefyingly self centered.

He shot me a text message (which I read while getting my hair done): UGH! Dave* reviewed my LinkedIn profile. I hate seeing his face.

When I got home, I responded in an email telling him that I get it, as my least favorite ex uses LinkedIn to stalk me. I told my best friend how it feels like a shot to my solar plexus to see the face of the man who raped me when I least expect it, but this is a necessary evil of the uber-connected world we live in. I also told him how Dave probably found him -- that he now works once again with another former coworker (advertising/marketing in Chicago is rather incestuous).

His response to my three paragraphs long email? "Thanks."

There are times that he is the most sensitive, mature person on earth. But when he is in "Woe Is Me"/Eeyore mode, he is, pardon the pun, an ass.

I told him it hurt my feelings. And now I bet he will tell me that somehow I'm "beating up on him." I could be wrong, but this does seem to be our dance. Oh well. If he is going to continue to be my friend, I am going to continue to demand he respect my feelings. He lost his job three weeks ago. He may be out of work for a long time. That doesn't give him the right to diss me.

Today's Happiness: my shorter haircut. It's nice to mix it up a bit. And I'm lucky, my hair is still thick and grows like crazy. So if I wake up tomorrow and think I no longer like it, there's no real harm.
Image: FreeDigitalPhotos.net