Don't harsh my fantasy with reality

It's funny how revelations dawn on me, and I'm forever surprised by the messenger that brings them.

I've learned that I am tired. I used to be very proud of my independence, and while I still value it, I've concluded that it's a double-edged sword. I'm not lonely, for there's no one that I know or that I've ever met that I want to spend more of my life with. I just wish life was easier. And I'm tired.

How did I reach these conclusions? By watching Bonanza. While stuck in bed with a summer cold, I realized that when the Cubs weren't playing I could watch Bonanza at least twice a day. Part of the appeal was nostalgia. (We used to watch it as a family when I was a kid.) Part of it was laziness. (Where did I leave the remote?) Part of it was the allure of the times. (Ah, to have my own horse!) Part of it was men in tight pants. (See? Westerns and baseball do have something in common.) 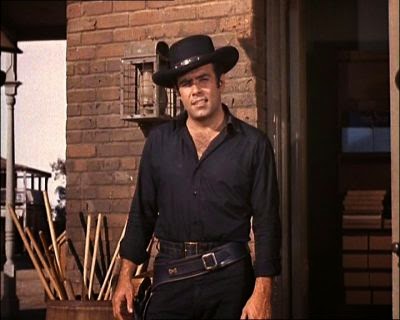 As I got more into the show, I became fascinated by how amazingly, consistently competent the Cartwright men were. Really, over 13 seasons and 430 episodes, nothing happened that these guys couldn't handle.

My favorite Cartwright is Adam. To see why, watch Jack Knife, an episode from season 3. In the space of an hour, he comes upon an injured man in the road, correctly identifies his malady as broken ribs, and gets the stranger home. There he takes charge because he knows how anesthetize the poor guy with whiskey and bandage his ribs with a torn bedsheet. Then he moves into the man's barn and proceeds to repair a fence ... replace a window ... teach the man's young son how to chop wood ... give a demonstration of target shooting and a lecture about the responsible use of firearms ... solve the mystery of the cattle rustlers ... defend the wife's honor ... help the man and his wife reconcile ... restore the man in his young son's eyes ...

Hell, he's the perfect combination of Bob Vila and Mary Poppins in a pair of fetching black jeans.

So then, the question becomes, why don't I have a one? 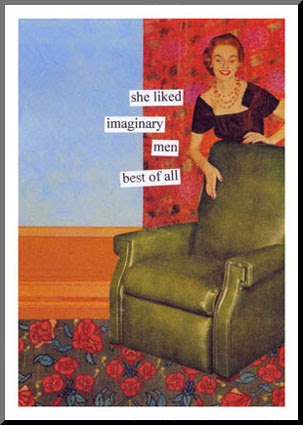 Because there is no such man.

A real man wouldn't just show up when I needed him to fix things, share his wisdom, and, well, in the parlance of the time, "romance" me. An actual human would happen to be around even when I didn't want him here. He would have faults and execute bodily functions. He would be imperfect. (After all, the actor who played Adam was prematurely bald.) I'm afraid at this stage in my life I have no tolerance for masculine frailty or folderol.

Which is why I've come to the conclusion that my latest geek obsession isn't fueled by simple lust.  What I'm longing for is more profound: rescue.

I've been completely self supporting since I was 17. I lived in a family where my self sufficiency was the thing about me that was lauded and rewarded. "At least the Gal can take care of herself." I've carried that into my adult life. The men I've been involved with have unfailingly appreciated that I'm neither clingy nor dependent.

Consequently it's hard for me to ask for help. I was tremendously moved by Elizabeth Edwards' book, Saving Graces: Finding Solace and Strength from Friends and Strangers, because she writes so unsparingly of her own heartbreaks and hardships and how she learned to reach out. I have successfully begun doing that. When things have been tough, I have called on friends and they have never let me down.

But it's the day-to-day that's wearing on me. When the paycheck I get on the 31st just doesn't stretch until the 15th, I'd like Adam to cover my bills. When my bedframe collapsed right before I was to leave for vacation, I want Adam to fix it.*

In the 1970s, there was an ad campaign for bath beads. Overstressed women would cry out, "Calgon, take me away!" 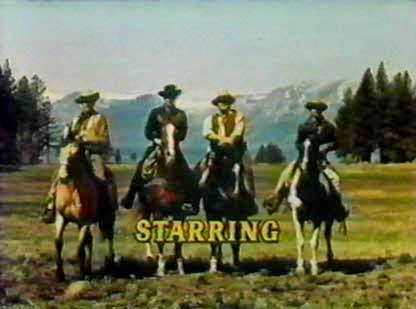 Me? My admittedly retro fantasy is to see these four riding across the meadow, ready to come to my rescue. And I'm good with this. Sigh.

Now, if you'll excuse me, I have to put on my boots and trudge through even more falling snow to catch the el, where I won't get a seat. But in my imagination, Adam's buggy will be out front and of course he'll lift me into it. Because, well, we can't have these feet getting wet, can we?

*He actually does repair a bedframe in season six, an episode called Woman of Fire. No shit, this man can do anything.