According to the NY Post, Caroline Kennedy is a grandmother. JBKO would be a 92-year-old great grandmother. The 105th anniversary of JFK's birthday is next month. 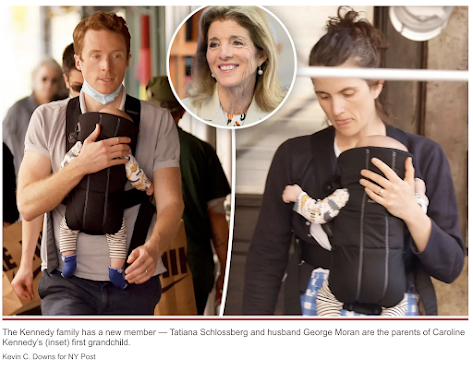 Caroline is 5 days younger than I am.

Wasn't it just yesterday that she and I were both trying our first careers on for size? I was a secretary in Sears Tower, she was Peter Beard's photography apprentice. That was 1975. Sears is now bankrupt, Sears Tower has been renamed Willis Tower, Peter Beard is dead. Caroline is a diplomat and a 64-year-old grandmother. I'm on the verge of retirement.