Back in the mid-1980s, I worked as an in-house creative for a major hair care manufacturer. That job was the most fun I ever had at work. I got to hang out with the guys in the lab who tested new products and I learned a great deal about hair chemistry. I learned how to read ingredient statements and write the corresponding claims that appear on the bottles, cans and boxes.

As a result, I know how to shop. I know that price and packaging are not a dependable indicator of quality or results. And I'm a smart consumer ... except for hairspray. 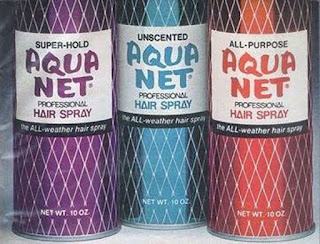 Because back in the mid-1980s, I saw the demographics for Aqua Net. They weren't scientific, they were anecdotal reports from distributors. But they were brutal. Aqua Net was the brand of choice of blue-haired old ladies who favored helmet hair. The ones who like to get lacquered up after sitting under the bonnet hair dryer.

For me, buying Aqua Net has always meant I've given up. Never mind that, with its price point, it's a better deal than just about anything else on the store shelf. This isn't about product performance. It's about self respect.

As of last weekend, I lost all self respect. Nothing else at Walgreens was on sale. Not even Suave or White Rain! So, for the first time, Aqua Net made its way into my shopping bag.

Here's further proof: After my client presentation Monday, I had hours to kill before my train. I was stressed. I was exhausted. I deserved a treat, so I took myself to a local salon and got a 30-minute massage.

It was not until this morning, when I disrobed for my Tuesday shower, that I took note of the undies I had worn on the massage table. Not only were they my big old cotton granny panties, the elastic was frayed. 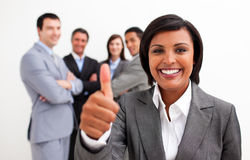 Very happy to report that Monday's client presentation went well. The work was well received. I presented it old-school, with a deck and going over it page-by-page. Sitting at the conference table, surrounded by my clients. Low-tech, I know, but highly personal -- important because this account is all about the relationship. And, when I present on paper that way, I don't have to worry about computer compatibility or playing "who's got the dongle," or any of the other higher-tech that always go wrong.

I know this my client's business cold. I'm a major geek and my enthusiasm carried the day. At one point, when I was talking about my passion for getting around the client's compliance department in my quest to collect customer email addresses, I blurted, "If I could go door-to-door and ask for addresses, I would." Then, worried I went too far, I added, "I'm sorry, but I'm more than a little passionate about this."

"And that's why we love you, Gal," said my client. I was very happy my boss was in the room to hear that. Our styles are very different and I think he views my enthusiasm as frivolous. I'm glad he got to see that the client responds to my authenticity.

Mememaster Bud is hanging up his Sunday Stealing Spurs. If you would like to see this meme continue and are willing to take over the stealing of other memes each week, please contact him here.

1. What is your current obsession? The Chicago Cubs. Specifically Anthony Rizzo. He sat out Saturday's game. Is he happy? Will he make the All Star squad this year? How long will he continue as our lead-off man? He's such a great guy -- a joy to watch on the field and philanthropic off of it. I want only good things for him.

2. What’s your go-to coffee place? I don't drink coffee, but I've been known to stop at Starbucks for a tall hot chocolate, skim, no whip, and with a little cinnamon added to it.

3. Who was the last person that you hugged? A coworker. Last week was a rough week for my little team.

5. Tonight, what’s for dinner? Have not yet decided. I have a lot of leftovers to choose from.

6. What was the last thing that you bought? I got a pedi refresh onSaturday afternoon. Revlon Optimistic Pink.

7. What is your favorite weather? This weekend has been nice. A little over 70º and sunny.

8. Tell us something about one blogger who you think will play this week? Kwizgiver is a voracious reader and a Daddy's Girl.

9. If you were given a free house that was fully furnished, where in the world would you like it to be? Lately I've been daydreaming about Hot Springs, AR. I wouldn't want to live there -- too hot in summer -- but it's a very pretty, lazy and friendly town. If I had a fully-furnished home, after I retire I'd stay there several weeks at a time throughout the year. Walking around Ouachita Mountain, taking the waters.

10. Name three things that you could not live without. Books. Cats. Internet.

11. What would you like in your hands right now? Tee hee

12. What’s one of your guilty pleasures? Bad movies. My enduring favorite guilty pleasure is Valley of the Dolls. It's a terrible script, dreadfully acted with the utmost seriousness. Camp of the highest order.

13. What would you change or eliminate about yourself? I would eliminate all the excess fat.

14. As a child, what type of career did you want? I was going to be a singer (except I can't sing). And a teacher. And a crusading journalist.

16. What are you currently reading? Little White Lies, a Spenser mystery.

17. What do you fear the most? Being vulnerable (old, poor, and unable to care for myself)

18. What’s the best movie that you’ve seen recently? I just rewatched watched an oldie, Kramer vs. Kramer (1979). It holds up very, very well. I wonder whatever happened to that Meryl Streep girl.

19. What’s your favorite book from the past year? I loved the massive, two-volume Sinatra biography -- The Voice and The Chairman. He was a great singer, a talented but lazy actor, an unrepentant womanizer, a Mafia groupie, a generous friend, a complete asshole and a wonderful father ... sometimes all within a few paragraphs. Next to Francis, everyone else in the world is dullsville, chickie baby.

20. Is there a comfort food from your childhood that you still enjoy? Fish sticks. Preferably with a side of mac and cheese.

Saturday 9: Listen to the Music (1972)
Because Zippi requested it.

1) The lyrics say, "What the people need is a way to make them smile." What song lifts your spirits and makes you smile every time you hear it? "September" by Earth, Wind and Fire. In November 2004, I was as blue as I've been in my life. Crying in the shower, crying behind my sunglasses (and I'm not a crier). I just couldn't shake it. The first time I smiled in days was when I was crossing the street en route to the drug store and this came through my headphones. "Ba de ah, something you remember/ba de ah, dancing in September..." It's an aural tonic.