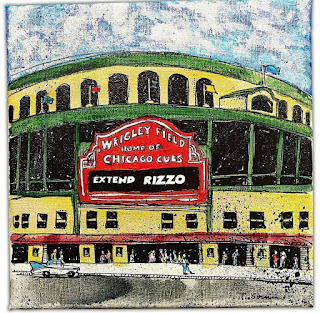 All spring, Anthony Rizzo has said he was confident he and the Cubs would reach an agreement on his contract. He has always said he wants to be a Cub for life, that he wants to come back after he retires to toss out the first pitch at a next-gen World Series game, that he dreams of seeing his #44 retired and flying over Wrigley Field as a pennant.

He cannot be traded after this June. YEA! But if the Cubs don't extend his contract, he'll be gone when the 2022 season starts. He'll negotiate with another team and play first base in another city. He'll end his career wearing a color other than Cubbie blue.

THIS IS FUCKING UNACCEPTABLE.

All is not lost. Rizz has said that while he is no longer involved in contract talks, he has empowered his agent to continue negotiating. He just doesn't want to be distracted by money as he enters what could be his final year as a Cub.