Don't just sit there. DO SOMETHING!

On January 19, the people of Massachusetts go to the polls to elect a new senator to take Ted Kennedy's seat (which had been JFK's before him). Attorney General Martha Coakley is the Democratic candidate. She's having trouble in the polls right now. Apparently her Republican opponent is outspending her and closing the gap between them, despite the fact that Coakley supports:

I cannot tell you how upsetting it is to think of someone who doesn't share those views taking Ted Kennedy's seat and voting against health care reform ... or sitting beside John Kerry and not supporting enhanced veterans' services ... or using JFK's senate seat to oppose legislation to guarantee equal opportunity.

Moveon.org says she's being "swiftboated." Maybe that's true, maybe not. I am not slavishly devoted to Moveon and don't always share their POV on things.

I am, however, slavishly devoted to liberal (or progressive, whichever you prefer) causes, and the idea that government should do for the individual what the individual can't do alone.

So I sent a contribution to Martha Coakley. It was only $15, but I have worked on enough campaigns to know that any amount helps, especially this late in the game.

You and me both, Sister!

This is turning into another one of those days. If only it wasn't both illegal and socially unacceptable to bite and claw your coworkers ...
Posted by The Gal Herself at 1/08/2010 02:26:00 PM 1 comment:

Not a good way to start the day 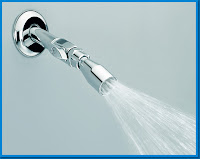 My building had no hot water this morning. And the elevator didn't work. And the ATM tried to eat my debit card. Oh yeah, and I learned you can't gain access to the el with a health club membership card. 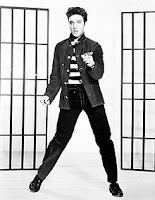 Right now I'm listening to "See See Rider" by The King himself. Don't worry, though. I'll get to "Jailhouse Rock," the song you see him performing here, before the day is over.