Saturday 9: Battle Hymn of the Republic

Memorial Day was introduced to honor the men and women who died while serving the in the United States Armed Forces. We want to make sure that message is not forgotten this weekend.

1) This recording was made live at St. Patrick's Cathedral, during Sen. Robert Kennedy's funeral. While both of Bobby's older brothers were decorated war heroes, he served too -- enlisting in the Navy in 1943. Are you a veteran? Are there veterans in your family? (We are grateful and want to hear about it.) My dad volunteered and proudly served as a corpsman in Korea. My uncle was drafted and exposed to Agent Orange in Vietnam. He had terrible health problems and died at age 69. I'm very, very angry about that. My nephew is currently on active duty in the Navy. His ship is afloat somewhere in Southeast Asia.

2) Memorial Day also kicks off the summer season. What's your favorite picnic food?  Potato salad. I think I've only ever eaten it outdoors.

3) Name a scent that reminds you of someone special in your life. My favorite grandpa used 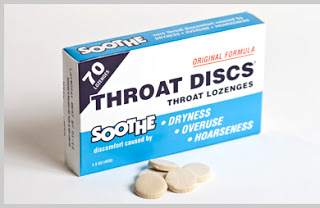 to use these licorice throat discs all the time. So the smell of black licorice makes me smile and think of him.

4) When was the last time you had your hair cut or trimmed? I guess about three weeks ago. I'm getting it cut again next Saturday.

5) Crazy Sam runs on Dunkin'. Are you loyal to a particular brand of coffee? I don't drink coffee. That's a smell I just cannot stand.

7) What was the last thing you bought purely for your own enjoyment? I just bought the book Cat Daddy by Jackson Galaxy. I can't wait to read it!

8) When was the last time you rode a bike? About 3 or 4 years ago when I was on vacation in The Keys. When I was a kid, I loved riding my bike. At the health club, the stationery bike is my cardio of choice. So I thought I'd enjoy pedaling away in the Southernmost City. I didn't. I felt all awkward and wobbly.

9) Sam worries that many of her song selections reflect her decidedly Baby Boomer sensibilities. Is there a song or a performer that you'd like to see featured in a Saturday 9 this summer? Bon Jovi.