Am I angry or just annoyed?

I'm not sure. Since December, my oldest friend has been running a fever. She's a 65-year-old diabetic with  a heart condition. Under normal circumstances, her care would be any hospital's priority.

We are not living in normal times though. For some reason, the stubbornly ignorant are selfishly refusing to mask and vaccinate, filling our hospitals and for more than a month, it was impossible for her to get the diagnosis and treatment she needs. No shit: at the time she was trying to get care, 65% of hospital beds were filled by unvaccinated covid patients.

She finally got in for tests. Hurray! The first doctor she saw recommended she see a pair of specialists. He told her she had an unusually tenacious UTI, and that its staying power may be indicative of an underlying cause. Among those he shared with her was cancer. She was so frightened upon hearing that word that she, in her own words, "stopped listening."

She's had those two other consults. I've been leaving messages. She hasn't been getting back to me. I don't push it, because I don't want to force her to tell me something unpleasant or heartbreaking until she's ready. But I have been worried and miserable. I sent her a newspaper clipping about a kids show host here in Chicagoland we both loved, and who died on January 17. I thought it would make her happy to see he was front page news again. No response.

Last night, after two weeks of radio silence, I got an email from her. A chatty, silly email. Nothing wrong with that, in and of itself. Silly can be fun. I embrace silly.

But after paragraphs about her dreams about boys we knew in school, about Tom Selleck and the Beatles, she just signed off. Not a single fucking word about her condition!

I am choosing to believe that this means she has no bad news about her condition. But it would be nice to have her confirm this. I am also feeling more than moderately disrespected. I've reached out by phone and by USPS and she's just ignored me.

I know she suffers from bipolar depression. That sometimes she cannot will herself out of bed and is unable to make even the most simple decisions. Maybe that's why I haven't heard from her. Maybe I should cut her slack.

Because maybe she can't help it.

It's so hard to understand the broken brains around me. Kathy keeps telling me the same things, over and over, because she's battling dementia or Alzheimer's or something. (She won't see a doctor.) The behaviors caused by Henry's TBI symptoms are ever-shifting and untreated (because he and Reg won't see doctors, either). Now this with my oldest friend.

I am trying to be understanding. But I don't understand. I am angry, or maybe just annoyed.

1. The best sandwich Either chicken salad or ham and cheese. Depends on my mood.

2.  Something you own that you really should throw out. I have clothes I should part with. I'll donate them to Goodwill, though, not throw them out. (Find your nearest Goodwill location here.)

3.  The scariest animal I am both frightened and fascinated by alligators.

5.  Have you ever tried to get an autograph from someone? When I was in my teens, I was dedicated to getting athlete's autographs at games. This was before the proliferation of autograph shows, so they were mostly amenable. Now I understand that players are more likely to pose for a photo.

6.  What happens when you die? We all go to Heaven. 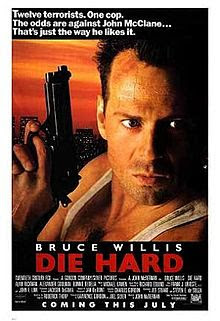 10.  Your most popular app on your phone. Microsoft Office, so I can check my work email wherever I am. I'm not sure if that's a good or a bad thing.

12.  Cats or dogs? False choice. I would happily share my home with both if that was possible for me.

13.  If you can only listen to one song over and over for the rest of your life, what would it be? "Hey Jude." I like Sir Paul's voice on this so much.