Saturday 9: The Devil Went Down to Georgia

1. Do you believe in the concept of the devil? Nope.

2. What's your favorite nickname that you're called? My dad called me "Andy Panda" when I was very little.

3. What would you do if someone cheated on you? I forgave him. No, let me rephrase: I overlooked it. To be honest, I never forgave him. 5. Have you got “a ball & chain” or are you single? Are you happy with your status? I am single and I am happy. I view them as independent states.

6. Who do you got to for advice? My best friend. He's got a way of making sense.

7. When was the last time someone yelled at you? I don't remember.

8. When was the last time you spoke with someone that you met online? I haven't. 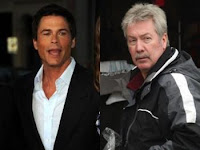 The former Brat Packer is playing Chicagoland's own Drew Peterson in a made-for-TV movie. For those of you who aren't up on these things, Drew is our Casey Anthony.* We all just know in our bones that he's guilty of double homicide, but can it be proven?

His third wife, Kathleen, somehow drown in an empty bathtub during their contentious divorce. Then, wouldn't you know, unlucky Drew's fourth wife Stacy, disappeared! She's been gone for almost four years now. Poor Drew says she left him and her children for another man, though no other man of their acquaintance has come up missing. The pesky police refuse to just take his word for these things and now he's in prison, awaiting trial for the death of Wife #3. Wife #4 hasn't been declared dead yet.

Rob Lowe can be a funny actor and he has displayed kind of a creepy edge, as eviden 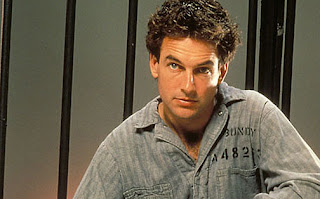 ced by Bad Influence. So he might be very good as Drew. And it could damage his career.

After all, the first I was aware of Mark Harmon was in the 1986 TV movie The Deliberate Stranger about Ted Bundy. He was so effective at evil that it took me 22 years to get over being terrified and fall in love with him anew as Gibbs.