When I can, how I can

My friend in Key West has fallen upon very hard times. After more than a decade as a professor, he was let go because of campus politics and a lack of funding from the state of FL. This past school year he's been under-employed, teaching two Spanish classes at a charter high school. Their school year is over and they fired him. Apparently he was too hard-assed for the school administrators, who he believes caved in to parents who wanted their kids to get high grades whether they deserved them or not.

I don't care what happened, really. I just know that if they're gonna be assholes and insist he was fired, then he won't get unemployment. 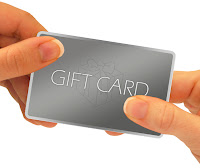 He's always been a good friend to me. When it looked like my mom might die, he was ready to hop on a plane to be here with me ... just because I asked him to.

So today I picked up a gift card for him that's good at his pharmacy of choice. Besides, in addition to meds, you can get just about anything at a drug store. He can use it for laundry detergent or dog food for all I care.

I just know it's a privilege to help him when I can and how I can. Because he's a great guy.

I hope it's not happening again

When my oldest friend gets overwhelmed by her life -- which, admittedly, kinda sucks -- she hydraulically shuts down and stops returning calls and emails. She told me on Thursday that her son was back in court again and this time the judge was either going to dismiss the charges or sentence him. Then ... nothing.

So I called last night and she never called me back. I did get an email this morning, saying it was "a long story" and she would explain it to me after the Easter holiday. I still don't know if her son is behind bars. (My guess is that he is, because she doesn't like putting words to unpleasant truths and how hard would it be for her to say, "He's home and fine"?)

We've done this dance before. She shuts me out and turns to her family -- who are repelled by how problematic her kids are and so she sugarcoats and denies everything when she's with them -- and then when I hear from her again she's so low she can barely function.

I hope that's not what's happening now. I really do. It makes me sad and it's frustrating and unfair.

Saturday 9: I Must Be Seeing Things

1. Have you ever watched something unfold, that as you watched, you could not believe what you've witnessed? The 2004 election. We saw how George W. Bush handled the run up to 9/11 and Abu Gharib and WMDs and ... and ... and ... and somehow, as a nation, we decided he was a better choice than Sen. Kerry. I wish I could say that as I watched the slog the Iraq war became, or how the survivors of Hurricane Katrina were treated by FEMA I was surprised, but I wasn't. Saddened, of course. I always wanted Bush #41 to prove me wrong, but he never did.

2. What is your favorite city in the world? Why? Chicago. Wrigley Field. Michigan Avenue. Puppet Bike.

3. What is the strangest film, to your sense of reality, that you have ever seen? The Piano (1993). Not only was I shocked that anyone wrote or made this pretentious and unlikeable thing, it strained credulity that it won 3 Oscars.

4. It seems that the older that you get, the less you want the hassle of seeing a live concert. Who is an artist or a band that you'd actually pay to see? Bruce Springsteen. Aka BROOOOOOOOOOOCE!

5. When was the last time that you lost your temper? Very nearly yesterday. Perhaps I should have actually lost it. Then maybe the feelings wouldn't be festering.

6. When you were little, did you think "sex" was a bad word? No. But my mother did have me believing that "shut up" was a swear word.

7. What does your smart phone do that really surprised you when you loaded the app? I have a perfectly lovely little Sanyo 2700, which is not a smartphone.

8. Have you ever been attracted to someone that you should not have been? (Feel free to take this lame question any way that you please.) Yes.