1) Annie sings that she feels she's walking on broken glass. What's the most recent item you broke? I can't think of anything, which is weird because I'm such a klutz. It seems I'm always dropping things and cracking/breaking them. The dinner plate I use most nights is chipped. I did that right after I bought the new stoneware. Literally, as I was bringing the service for 4 up to my apartment, I chipped one of the dinner plates. Hadn't even taken them out of the carton yet. That is so me.

2) She sings about being cut until she bleeds. Tell us about a time you needed stitches. In Spring 2013, I had the beauty mark near my lip removed. (On my arm, it would have been a mole.) My dermatologist wanted it biopsied but because it was on such a prominent spot on my face, he didn't want to remove it himself. He sent me to a plastic surgeon, and it was an interesting experience. While she was carving, I didn't feel a thing. So I was surprised to see three very thick black stitches. When the anesthetic wore off, the site throbbed and looked awful. But damn, she was a good surgeon. Today the scar is barely visible. (Most important: the mole turned out to be benign.)

4) When Annie met Dave Stewart, with whom she'd form the duo The Eurthmyics, she was living in Australia and staying in a tiny apartment called a bedsit. The occupant has his/her own combination bedroom/livingroom with cooking facilities, but must share a bathroom. Tell us about one of your early apartments. Third floor walk up in an old Victorian. Two rooms with a separate kitchen. Tub, but no shower. It was tiny, but I was very happy there for a long time.

5) After the Eurythmics broke up, Annie went out on her own. Would you rather work independently, or as part of a group? I'm pretty independent. 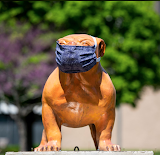 6) Among her many honors, Annie Lennox was named chancellor of Scotland's Glasgow Calledonia University. What's the last college campus you visited? What brought you there? Last year, I went to Western Illinois University to visit my nephew. This year, it hasn't been possible. WIU is being strict about their covid protocols. Even their mascot, Rocky the Bulldog, wears a mask. (Good for you, Rocky!)

7) In 1992, the year this song was recorded, compact discs outsold cassette tapes for the first time. Back in the day, did you enjoy making your own mix tapes? It was an obsession of mine back in the long-ago 80s.

8) Also in 1992, Johnny Carson made his last appearance as host of The Tonight Show.  The catchphrase, "Here's Johnny!" was associated with the show. Can you think of another popular TV catchphrase? Laura Petrie: "Oh, Rob!"


9) Random question: Think of your past week. Now look ahead to the coming week. Would you like it to be more, or less, exciting? More exciting, thank you. But I'd like to request only good news.