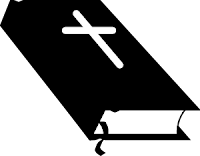 I went to church on Sunday because I was upset. Gun violence at the Navy Yard. Gun violence in my backyard. I needed to put the violence in some context. I wanted to learn how to cope and move on without becoming insensitive to or dismissive of these ugly events.

My minister really let me down.

Yesterday was, unfortunately, the start of the first-ever "Capital Campaign." The building we worship in is too small for our burgeoning congregation and it needs a lot of work. I get that.

I needed to hear how to handle 16 shots being fired by an assault rifle into a pick up basketball game less than 15 miles from my church.

I get that there were events planned for us after the service. A day at the park, with a barbecue and ice cream stand and games for children. All planned months in advance to kick off the Capital Campaign. I'm not proposing that any of that be cancelled.

But beyond -- literally -- two sentences from the pulpit, last week's shooting should have been addressed.

I suspect that it matters that the violence last Thursday was completely gang related, and that if you don't know The Gangster Disciples or The Black P Stone Nation, or aren't unfortunate enough to live in that community, it's easier to be distracted by a cookout and balloons and the prospect of a new air conditioning system.

But I expect better from my minister.

While the kids involved in the shooting may be a lifestyle away from us, they are, quite literally, our neighbors.

This is weighing heavily on me. I now don't want to support their fucking Capital Campaign. I won't commit, one way or the other, though, until I cool off.