Today should be my godfather's birthday.


He died six years ago, and I think about him every day. So today I'll paint a word portrait of him.

He would be 74. Nearly 16 years my senior, he was a sophomore in high school when my mom -- his sister -- asked him to be my godfather. That meant a great deal to him and helped cement our bond.

He could make me laugh harder than anybody, before or since. I believe to this day he had magic in his soul, because of all the imagination and fun he brought with him.

He served in Vietnam for two years. I loved getting letters from him and looked forward to seeing his handwritten "FREE" in the upper right corner instead of a stamp.

When he was in country, he enjoyed getting tapes from me. My grandmother bought a reel-to-reel tape recorder so he could hear our voices. But most of the family was tongue-tied, whereas I was a naturally blabby young thing. He still remembers how I updated him on Batman and Robin TV show or my school lessons. One of his fellow soldiers christened me "The Magpie."

When he came home from Vietnam, I brought him to school for "show and tell." I still remember him sitting on the window sill of my third grade classroom, in his uniform, answering my teacher's questions about teamwork. I was so proud!

Upon his return from Vietnam, he put what money he had in real estate. By going in with an investment group for a building on Chicago's Michigan Avenue, he became a millionaire. That showed such his exceptionally good money sense, even though he only had a high school education.

A naturally gifted athlete, he tried to teach me to ski. That didn't go so well. He also ran marathons all over the country. He gave me the t-shirts.

He loved cats. He named his first cat Dumbo because of its ears. His last cat was a very chill gray and white striped cat named Bennie. She was his constant companion during his illness and I like thinking that she's back by his side now.

He died from Parkinson's when he was only 69. That's the double-edged sword in all of this. For while I take tremendous comfort in knowing he's no longer suffering, I am forever angry that his service in Vietnam exposed him to the Agent Orange that exacerbated the condition ... and yet the Bush-era VA refused him treatment upon his diagnosis because he made too much money.

Think about that: No one from the military asked him how much money he had when they drafted him, did they? Then they sent to the jungle where he was exposed to what would kill him, and denied him assistance until he was so ill he was unable to work and had gone through his assets.

And while I'm being political ... Toward the end of his life he struggled mightily with Parkinson's. He was so ashamed of the twitches and tremors, so certain that assholes were making fun of him.

So if you think this is worthy of applause, yes, you are deplorable. 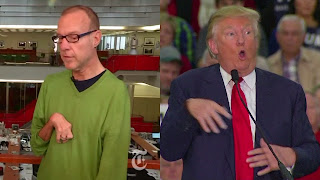 Serge Kovaleski suffers from arthrogryposis. This disease attacks the joints. For Mr. Kovaleski to wake up every day and go to work for The Washington Post is worthy of our celebration, not Mr. Trump's scorn. One can criticize his reporting, certainly, but not mock his condition.

Compassion and respect for people like Serge Kovaleski. That's also part of my uncle's lasting gift to me.

2. You've been given a billboard space on the highway of life. What is the ONE word you'd place on the billboard to describe your life right now? HUH? (I understand the question; that's the one word I'd choose.)


4.  Whose initials would you carve on a tree? I don't think I would. I carved my initials in a picnic table and it took me for freaking ever. Not as easy at it looks.


5.  Could you go without your cellphone for an entire day? Sure. I often forget to charge it, which leaves me without it. I left it in a restaurant once, so I had to go phone-free overnight.

6.  If you could pre-install an app on every human being born today, what would that built-in app be? What Jennifer Aniston famously referred to as "The Sensitivity Chip." 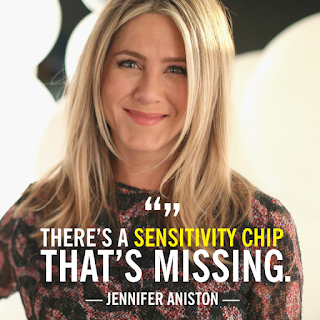 1. Tell us about your pets. If you don’t have one, share why you don’t. As I write this, Connie is trying to distract me from the keyboard. She is a compact gray and white female feline, terribly sweet. The skinny beige demon, Reynaldo, is nearby. Reynaldo is always nearby. I've never had a cat as devoted to me as Rey is. I feel like he's more of a roommate than a pet.
2. Name three things that are close to you. Sunglasses, headphones, coupons.
3. How was the weather for your summer? Humid!
4. What was the last film you saw? Did you like it? I just saw Bridget Jones' Baby. While Patrick Dempsey and Colin Firth are completely adorable and very, very hot, I found the movie entirely predictable. Gal's recommendation: Wait for cable. Go see Hell or High Water with Jeff Bridges and Chris Pine instead. 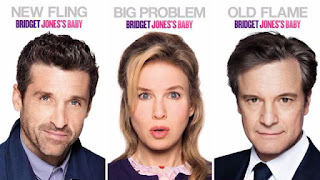 5. Tell us about the last trip that you took. To Michigan for my niece's college graduation. I'm endlessly proud of her. She chose the school, she got the funding, she worked the crappy jobs to pay her living expenses. Her strength and drive impress the shit of out me.
6. Where do you buy groceries? Why? Saturday I went to Trader Joe's. It's my favorite place to shop. It's tiny and it doesn't always have what I need (so I end up going to another store anyway), but what the hell. The staff is friendly and cooperative. The collection box for the food pantry is front and center. The food is wholesome. It makes me happy to shop there.
7. Tell us something that you did today. Or will do if you haven’t had your morning coffee yet. I'm going to Carson's (maybe it's Bergner's in your part of the country). I have coupons!

8. Have you pulled an all-nighter? Often.
9. Can you taste the difference between Pepsi & Coke? Yes. Coke is better.
10. Tell us about your siblings. How many and what do they do? Two sisters. One 17 months older, the other 8 years young. They successfully annoy me.
11. What’s the oldest thing that you own? I'm a packrat, so I have a lot of old shit. For example, the mixing bowl currently on my counter -- it's a good size for making Jello, which honest to God I'm gonna do one day soon -- had belonged to icky grandmother. I have no idea how old it is, but 65 years isn't an unreasonable guess.