Feeling pretty good about himself 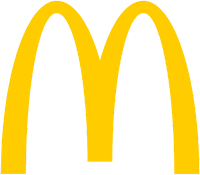 Had lunch with my nephew today to celebrate his (gulp!) 18th birthday. He seemed happy and positive, showing me the business card of the banker who helped him close his "child's" savings account and open his "adult" checking account -- funded with his first paycheck from McDonald's.

He's making $150/week working part-time on the crew. He enjoys it. He's met a lot of new people -- for some reason, the location that called him back is the farthest from his home, so none of his classmates work there. Two of his three crew chiefs and most of his other coworkers are a little older and full-time. Those in the back, who prepare the food, speak no English. He likes being around a mix of people, and I like that about him.

He's okay balancing work and school, and not worried about being able maintain that. He's cool with the amount of time he's able to spend with his friends, too. He seemed less certain about his future. He's going to start looking at colleges in earnest "in November and December," and talks about that like it's a million years away. 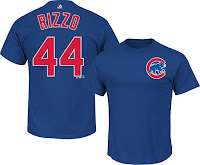 He seemed happy with the gifts I had for him. I got him a vintage Venus and Mars promotional t-shirt  from one of his favorite Wings CDs. And a new Anthony Rizzo 44 shirt to wear as we enter the 2017 playoff season. And $20 cash.

We talked a lot about the upcoming series with the Nationals. I was pleased by how knowledgeable he was.

Oh hell, I'm just pleased with him. He's a good kid. He's turning into a good man. I hope he's really as happy as he appears. Depression can be tricky, I know. But these hours we spend bonding ... I hope they give him confidence that if something is wrong, he can turn to me.

Remember that song from The King and I? "Whenever I feel afraid I hold my head erect, and whistle a happy tune, so no one will suspect I'm afraid." So what's a gal to do if she can't whistle?

I woke up this morning and my first thought was impending doom. Really, I can't live like this. It's not healthy. It's not productive. I'll simply come unglued.

So I'm trying to wipe my mental slate and replace it with something positive. At Friday's Cub game -- I was there! -- relief pitcher Hector Rondon got his first career hit. After five season in the majors. It was a close call, and at first he was called out. But before he could leave the field, he received the signal that the play was being reviewed. His joy, and his teammates' joy, in his achievement was just so infectious.

It was a joy to watch. So when I start to panic, I'll imagine myself waving back at Hector, unexpectedly and proudly standing on first.

True confession: The first concert I ever attended was Bobby Sherman, and I had this very picture of him on my bedroom door. He was the hottest thing around, before David Cassidy and Donny Osmond came along. (Preteen girls are so fickle.)

1) This song contains many weather references (clouds, rainbows, sunshine, rain). How's the sky where you are today? Clear and pretty cloudless.


2) Bobby Sherman sings that when he's alone, he imagines his "Little Woman" is right there beside him. Do you often daydream? All the time. FOCUS, GAL, FOCUS!

3) Bobby had a very bright smile. Do you ever use whiteners on your teeth? Every six months I use white strips.

4) He was beloved for his shiny hair. If we were to peek in your bathroom, how many haircare products would we find? Two different shampoos, one conditioner, hairspray. Does the blow dryer count? There's a hairbrush on the sink.

5) After high school, Bobby attended Pierce, a community college in the west San Fernando Valley. For culinary students, Pierce offers courses in canning -- specifically apples and peaches. If we were to peek into your pantry, would we find canned fruits? I have two cans of cling peaches. Purchased at the store. I didn't "put them up" my self.

6) As an actor, one of Bobby's earliest performances was on the TV show Honey West. That series revolved around a female "private eye" adept at martial arts. Do you have any self-defense moves (that don't involve a weapon)? No.

7) In 1966, Bobby did this rather energetic commercial for milk. Do you often enjoy a glass of milk? I seldom drink milk by itself anymore. Usually it's for my cereal.

8) When his show business career waned, he became a paramedic. Have you ever called 911? Once. I interrupted a rape in progress. It's scary in retrospect, but at the time, I kept my cool because I was so angry. My arrival may have stopped him from actually violating her sexually, but he had subdued her by hitting her in the face so hard he dislocated her jaw. No human has the right to handle another human that way. She was so frightened and in so much pain. I can still remember the feel of her nails in my skin, she was holding my arm so tight while we waited for the police to arrive. I didn't have to testify in court because she refused to cooperate with his prosecution. The police suspected that the assault was in retribution for a drug deal gone wrong, and she was very afraid of her "employers."

9) Random Question: Which book do you think you could learn more from -- The Joy of Sex or The Joy of Cooking? I could certainly improve my expertise in both areas!

I admit I've been very distracted this week. Finding that deck that (possibly) revealed my future sent me into a tailspin. But, as luck would have it, Friday found me at my ultimate happy place, Wrigley Field, with my old friend, John. It was just what I needed:

Booze, baseball and a buddy.

It was a fun game that had absolutely no impact on the standings. The Cubs have clinched the division, the Reds are cellar dwellers. So Manager Joe Maddon got imaginative with the lineup. He showcased players who don't otherwise get to start. We had catchers playing first base and third base, and doing just fine. One of this season's brightest rookies, Ian Happ, got a three-run homer in the 8th and that put it away. It was nice to be there for the final homestand of the season, a lovely way to say thank you to a team that has come to mean so much to me. My guys. As John chides me, "You act as though they sprang from your loins."

A margarita at the ballpark, a cranberry juice/vodka afterward loosened me up. Both my tongue and my attitude. I told John all about what's going on at work. My panic about being too old to hire but too young to retire. He helped me keep it all in perspective. I can only do what I can do right now. I can prepare for my job hunt. I can pare back expenses. I can't undo the past (damn!) and I can't know the unknowable (double damn!). And I don't want to waste my todays worrying about tomorrow.

And I don't want to waste my todays worrying about tomorrow. It does bear repeating, doesn't it? Dear blog buddies and lurkers, I can't guarantee that I won't slide into obsession/depression, but I'm going to try to stay positive and productive.

And I got a shirt with this on it: 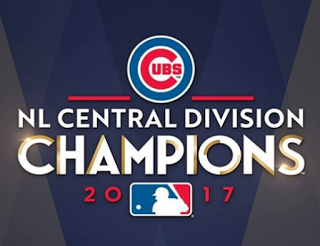 I've got my guys at least through October 9. Playoffs for the third year in a row. My "lovable losers" are now a force to be reckoned with!