My own worst enemy

Tonight I had caramel corn -- lots of it -- after dinner.

Not good for my diet. Nor my currently fragile stomach. Nor my self esteem.

So I suppose she should have shot him?

This just in -- Zimmerman's attorney fired him, after confirming that George did indeed have his gun with him, holstered to his side during the domestic disturbance.

(CNN) -- No charges will be filed against George Zimmerman after an alleged altercation with his estranged wife and her father, Lake Mary, Florida, Police Chief Steve Bracknell said Monday.

"Shellie Zimmerman has declined prosecution (after consulting with her attorney)," Bracknell said.


George Zimmerman had been temporarily detained by police after Shellie Zimmerman told 911 Monday that he had threatened her and her father with a weapon.

On the 911 call, Shellie Zimmerman, who filed for divorce last week, is breathing heavily when she tells a dispatcher that Zimmerman is still at the house.

"He's in his car and he continually has his hand on his gun, and he's saying, 'Step closer.' He's just threatening all of us with his firearm," she says.


Shellie Zimmerman also tells 911 that George Zimmerman punched her father in the nose, then smashed her iPad before getting in his truck. "I don't know what he's capable of. I'm really, really scared," she says.

Silly me! I have gone through that awkward situation where I and an ex decided what belonged to whom, but I never once thought of bringing a gun along to argue about that Boz Scaggs Silk Degrees CD.

Not art, but still engaging 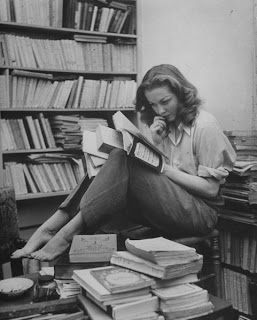 I'm juggling two mysteries at once. One is The Cat Who Turned On and Off by Lillian Jackson Braun, the other is The Accused by Lisa Scottoline, the latest of her Rosato and Associates series.

Both books are great fun, and both authors know how to turn a phrase and create a moment. As I sit here, waiting for my 3:30 meeting, my mind is traveling back to the books and I wish it was acceptable to sit here reading at my desk.