A lovely way to be remembered

Here in the blogosphere, it was Kwizgiver. On Facebook, it was an old boyfriend. I am glad that when people saw this, they thought of me.

Paul McCartney participated in the New York March for Our Lives because "one of my best friends was killed in gun violence right around here."

Separately, young Emma Gonzalez, Parkland shooting survivor turned activist, chose to wear the Lads emblazoned across her chest during her first CNN interview. This made me happy, too. 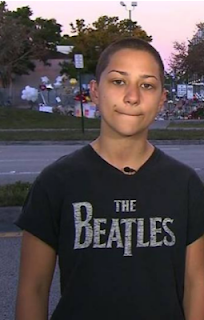 The sins of the father 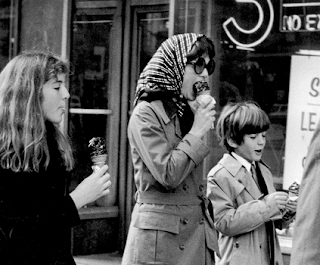 In 2011, Caroline Kennedy Schlossberg did press in conjunction with the release of Jacqueline Kennedy: Historic Conversations on Life with John F. Kennedy. I recall ABC's Diane Sawyer asking Caroline about Jackie's reaction to John Kennedy's legendary infidelities. "I couldn't be her daughter and answer that question."

The late rancher/Dead Head/Renaissance man, John Perry Barlow, was a longtime friend and confidant of John Kennedy, Jr. Barlow says that JFK, Jr. dismissed the "great man" mantle that many felt was his birthright. "I think it will be more interesting to see if I can be a good man."

"I couldn't be her daughter and answer that question."
"I think it will be more interesting to see if I can be a good man."
Quotes from children who had been raised by a broken-hearted, widowed mother.

And so tonight I was very sad for our First Lady. Not because she now joins the ranks of publicly betrayed political wives. After all, Melania is Donald Trump's third wife. 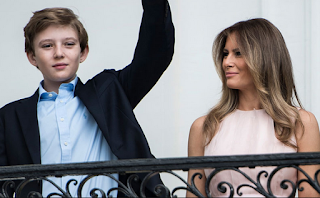 I can't imagine what it's like for her to look into the face of the very young man she is trying to raise.  The 12-year-old boy who undoubtedly loves her. How does she explain Stormy Daniels (and Playboy Bunny McDougal and the Access Hollywood references to "pussy grabbing")?

I don't think it was an accident that the First Lady didn't return to Washington tonight, that she and her son stayed behind in Florida. That they are alone together as Stormy Daniels' revelations are broadcast.

I hope they're OK.