1) This song is about a poor dead skunk that stinks "to high heaven." Have you ever experienced the spray from a skunk? Not directly. But we drove through it once on the highway when I was a kid. It amused me to watch all the other motorists do like we did and roll up the windows. ("Roll up your window and hold your nose.")

2) Dennis Oliver, a disc jockey in Quincy, IL, played this song every night at 9:00 PM for decades. The only thing that got him to stop was being moved to the morning slot. What song do you never tire of?

3) At Georgia Tech's Russ Chandler Stadium, the fans sing this during the 7th inning stretch of their baseball games. Do you know the lyrics of the more conventional 7th inning choice, "Take Me Out to the Ballgame?" Of course. Here's Cookie Monster performing it an my beloved Wrigley Field. You're welcome.

4) This week's featured artist, Loudon Wainwright III, can play many instruments, but is said to enjoy banjo and ukulele best. If you could magically become proficient on any instrument right now, which would you choose, and why? Drums. Because I think being an old lady drummer would be cool.

5) He appeared as Capt. Spalding on several episodes of M*A*S*H in the 1970s. If you could transport yourself into the world of your favorite TV show, which would you choose? I'm going to go with classic shows I've recently binged on and say either Sex and the City or The Mary Tyler Moore Show, because I wonder how I would actually like my favorite characters in real life.

I know I'd like Miranda and Charlotte, but I'm not so sure about Carrie with her smoking and her bad puns and using my life as fodder for her column, and if I genuinely cared about Samantha I think I'd be worried about her ending up dead at the hands of one of those men she's always going home with.
Similarly, I know I'd like Mary Richards and the gang at the office. But Rhoda and Phyllis don't seem to respect boundaries, just dropping in all the time.


6) Loudon's mother was a yoga instructor. What did you most recently do for exercise? I walked all around The Loop on Friday. I don't move very fast anymore, but I did cover a lot of ground (2 1/2 miles in all).

7) He went to St. Andrew's School in Delaware, where the movie Dead Poet's Society, starring Robin Williams, was filmed. When you think of Robin Williams, do you recall his dramatic movie roles, his funny movies, his comedy routines, or Mork from Ork? Na-noo, na-noo.


8) In 1973, when this song was popular, Norman Mailer created a great deal of buzz with his book about Marilyn Monroe. Do you read many biographies and memoirs? Or do you prefer to read fiction? I like to mix it up. So far this year, I've read 8 biographies, 8 novels, 4 non-fiction, and 6 mysteries.

9) Random question: You're on the road, traveling through a town you've never been in before, and ready to stop for a quick bite. On one side of the street is a cute little diner called Mom's. On the other side is McDonald's. Which do you choose? This is hard for me! Every once in a while, I loooove a Big Mac. On the other hand, I have enduring affection for coffee houses with laminated menus.

I'll be back but not today 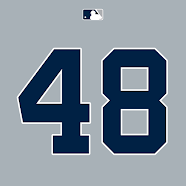 I'm watching Anthony Rizzo play baseball. Only tonight he's wearing gray and black and #48. So far tonight in the batter's box he's walked and in the field he was part of a double play and saved his new second baseman Rougie Odor from an error. (Thank you, MLB.com, for making Yankees/Marlins tonight's free game.)

The Cubs are playing the Nationals. I am not watching. I am still too mad.

I'll be back someday. I always come back. They traded my beloved Hall of Famer Greg Maddux twice and I eventually forgave them.

It will just take a while this time. Bryzzo and Baez -- all three are gone!