1) Memorial Day was introduced after the Civil War. War memorials, as well as the graves of veterans, are to be decorated with flags and flowers on this day to show our appreciation. Is there a war memorial in your neighborhood? Just a few blocks from here, there's a big granite and bronze memorial to those we lost in WWI. It's in a park that's very popular with families. It's nice to see those solemn bronze troops surrounded by laughter and life on a sunny day.

2) Andrew Johnson, our 17th President, was in office the first time Memorial Day (then called Decoration Day) was celebrated. Have you ever met one of our 45 Presidents? I've never MET a President. However, as a campaign worker I have attended rallies with them. I saw candidate Bill Clinton in 1992 and President Clinton in 1996 during Chicago campaign stops. And I had the distinct pleasure of being there in Soldier Field 2008 and McCormick Place in 2012 when Barack Obama declared victory. These are cherished memories. It's a joy to feel like a part of process.
3) According to the AAA, 36 million Americans will hit the road this weekend and drive more than 50 miles. Will you be traveling far from home this weekend? Only to the mall. I promised myself I'm taking at least one bag of clothes to Goodwill!
4) Memorial Day kicks off the summer season. What's your favorite picnic food? Potato salad
5) Have you packed away your winter clothes? Or is the weather still so changeable that you still may need something warm? I'm finally packing away my winter clothes this weekend. I haven't done it because a) the weather has been changeable and b) I am a lazy slug.

6) As you answer these questions, is there an air conditioner or fan on? There's a fan whirring away.

7) This week, we are featuring the Muppets. Jim Henson made the first Muppet out of an old coat, and he used ping pong balls for the eyes. Do you have a talent for do-it-yourself/arts and crafts projects? No.

8) Random question: Think of the last thing you bought. Did you get a good deal? This afternoon I bought a new mattress at Sears. The mattress was 60% off ... and the box spring was free ... and delivery is free ... and since I used my Sears card, I got 16 months/no interest. I'm feeling pretty freaking proud of myself.

Of course, since it's Memorial Day, and just about all retailers have mattress sales, that may have been a pretty standard deal. So how about this? On the way home from Sears, I stopped at the grocery store and got a 7-oz bottle of yellow mustard for just 56¢.

A new member to my household

I went out this afternoon and bought myself a bed. A Serta iComfort Blue 100 Gentle mattress and box spring, to be exact. It promises me "cooling, pressure-relieving comfort" as I sleep.

I felt like such a grown up, walking into the mattress department, making my choice, scheduling the delivery and haul-away of my existing bed. This feeling is silly, of course, as I know both of the men who waited on me were young enough to be my sons.

I spent a bit more on the mattress than I intended to, but since I got the box spring and delivery for free, I ended up just about where I figured I would. And, since I used my Sears card, I'll get 18 interest-free months.

I've scheduled delivery for June 19. I hope it goes smoothly. I'm glad I made this big purchase at Sears because Sears is the company that gave me my start as a copywriter. They're suffering mightily and rumor has it Christmas 2017 might be their last.

On June 19, I want to be able to shout from the rooftops that Sears did this well, from start to finish. I want to post on Facebook and Yelp and everywhere else that Sears deserves your business for big, consequential items -- as well as claw hammers and garden hoses.

Also, I want to cuddle up and sleep soundly on my new Serta bed!

But Sears did fuck me over -- via a third-party contractor -- back in 2013. So I'm wishing and hoping but I'm trying to temper my optimism with caution. 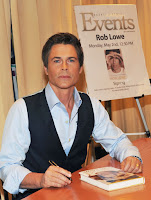 "Seeking immunity"
"Taking the 5th"
"Rolling disclosures"
"Subpoena issued by a special Senate subcommittee"
"What is the White House covering up?"
"Obstruction of justice"
"How high does it go?" 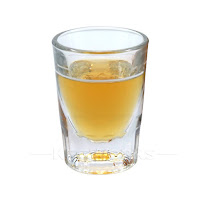 If I took a shot every time I heard a newscaster utter a phrase that reminded me of Nixon and Watergate, I'd go through life perpetually sloshed. And, since I'm rather sure where this is headed, I think I might be happier anesthetized.

I did not vote for Donald Trump. I have a hard time actually comprehending that anyone saw his name on the ballot and said, "Yes, that's a good idea!" But he won. So clearly something is happening in my country that I don't understand but must try to.

Which is why the compulsively watchable legal drama in Washington DC makes me so sad. A solid 30% of my fellow Americans believes in this man, and they are for an ugly summer ... and fall .... and winter ... and spring. They will certainly come away from this spectacle feeling even more disillusioned than they were when they voted Trump. Either they will see that they put their faith in a narcissistic con man, or they will be convinced that "so-called judges" and "fake news" conspired to bring down their guy.

I've seen this before. My dad went to his grave believing "they" got Nixon. The Good Lord could have written "GUILTY!" across Nixon's forehead, and my father would have clucked, "Oh, so they got to Him, too."

While all this drama ensues, no one will be taking care of health care, or tax reform, or infrastructure. And with this President's shaky impulse control, I am worried about how he'll behave internationally while distracted.

And, I fear, a generation will watch this and be disillusioned ... Disillusioned by members of the Trump Administration who were willing to throw away their honor for rubles, by Democratic Senators and Representatives who will throw away their scruples for airtime, by Republican legislatures who refuse to honor their personal beliefs because those solid Trump supporters live in their districts. 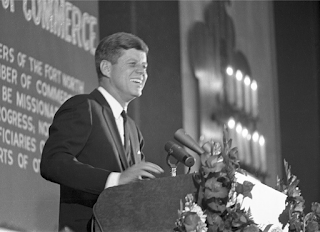 I'm lucky to be a Kennedy girl. JFK's legacy made its imprint on me when I was very young, and as we approach the centennial of his birth, I realize that it's immunized me from cynicism when it comes to government. I believe government can and does attract men of honor and ideals because I've been drawn to them my entire life.

But I saw what Watergate did to many of my generation. It left many of us with a "they're all dirty" and "throw the bastards out" and "what difference does it make?" attitude that can be poisonous.

So when any of my progressive friends watch this unfolding drama with glee, I shake my head and wish I could take another shot of Bushmill's. 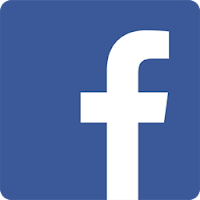 Checking my Facebook feed is a long slog these days.

Some things make me smile. My old friend Tom got whisked away by his wife for a birthday weekend in Vegas, with their toddler daughter. The photos are adorable.* Who knew that, if done correctly, Vegas can be an affordable family getaway? Plus, it's wonderful to see Tom so happy. He's a really good man and it's delightful to watch him embrace fatherhood. Lana's really stuck with her 2017 fitness resolutions, and her "sticktoitiveness" not only makes me happy for her, it's beginning to inspire me.

But then Facebook makes my teeth hurt. "I'm going to tell you everything that annoys me, and then I'm going to do it myself." It makes want to scream when someone says, "I'm just not me without my coffee and a Stan's donut in the morning," followed by, "What makes anyone think I care about their dumbass post about where they had lunch?"

I don't mind the parental bragging and I'm enjoying the prom/graduation photos. I like the reposted vacation memories. I'm happy to post a sad emoji to show solidarity with a friend remembering a parent or a pet or another loss that tugs the heart. Yes, I'm jealous of Doreen's frequent SATC weekends with friends in New York, but I'm happy for her nevertheless. I'm with you on all that, Facebook Friends!

But the, "I hate all Republicans" followed by, "I hate intolerance" posts ... the posters who rightly go out of their way to respect Muslims and Jews and atheists/agnostics but then turn around and disrespect my faith by saying, "Sweet Jeebus" ... Sometimes I dread checking in with my 73 Facebook friends.

That's right. I have just over 70 "friends." The median number of Facebook friends is 200. I couldn't deal with that much hypocrisy on a daily basis.

I know my Facebook feed is not a reflection of me. My sisters and aunt can/do read it, so I have to be careful. But I hope that my superficiality doesn't translate to being an asshole. 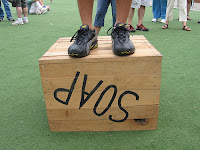 My feed is, however, a reflection of how into the Cubs and the Royal Family I am. For up-to-the-minute trade rumors and adorable* pictures of George and Charlotte, Facebook can't be beat. So I suppose I should just get off my fucking soap box and get over myself.

*That's "adorable," not "adorbs." Another thing about Facebook that makes me cringe is intentional language mangling. How much time is actually saved by lopping off the "able" but adding an "s?" Or is saying "adorbs" actually adorable, and I just don't get it? And don't even get me started on "Mmmkay" for "OK."