I love my friends very much, but often I don't get them. First my oldest friend becomes almost paralyzed by depression, unable to even find a lawyer -- much less contact her -- to protect her own interests. Now my friend from Key West is behaving in much the same way. Unexpectedly losing his job as a professor in the local community college has left him barely able to function.

I researched lawyers for both of them and even contacted one, drafting a letter, on behalf of my oldest friend. They are the ones who initially believed they could sue and win, not me. But I do all the leg work and then ... nothing. My friend in the Keys is struggling even to make his way through the severance packet from the college and apply for unemployment benefits.

If you read this humble blog regularly, you know I'm no stranger to depression myself. I believe that my messy home and finances are the physical manifestation of it. I'm easily distracted by escape into books and magazines and movies and the Internet, or I get hyper-involved in the problems of the world, and let the highly personal things go.

But, where my friends and I differ, is that when I can figure out how to improve something quickly and cleanly, I get on it. Like my consultation earlier this month with my shrink and my gyne re: my weight. Wean myself slowly off the Lexapro? I'm on it. Reduce my intake of carbs? Yes, indeed. Move more? A little more problematic because of my job, but I have worked out yesterday and today.

The same when I was unemployed back in 2003-2004. I called headhunters and checked job search engines and contacted my former employers Barb and Ed every week like clockwork. I considered it my job to get a new job, or at least freelance assignments. I didn't do it 8 hours a day, of course. Again, I'm too undisciplined and too easily distracted by TV and other toys around the house. Plus I got very involved with John Kerry's Presidential campaign, and that took up a lot of time. So I was never, ever frozen in place the way these two are.

It's frustrating. I love them and I want to help! Especially my friend in the Keys, because this is a condition I've never seen him in. (But, like my best friend recently wrote me: "As much as you want to you fix everything, you can't ... and that's OK.") In addition to that, I selfishly feel confused and isolated. I wish these people I consider myself close to were more like me.

It's soooo humid today, it's easy to get grumpy and droopy. But not the little girl who was standing beside me at the light, holding her mom's hand.

"Look!" She announced triumphantly. "The sign says OPEN." I'm happy to report that the store she was thrilled was open on Memorial Day was a local, independently owned book store. An enthusiastic little reader! How cool is that?
Posted by The Gal Herself at 5/30/2011 04:24:00 PM No comments: 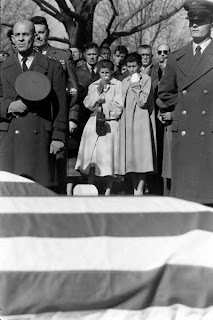 This Memorial Day, I'm stopping to reflect on the generations (and generations, and generations) who have died to protect our freedoms. I'm also thinking of my dad, who was born this month and served bravely in Korea, and my uncle, whose entire life was colored by his experiences in Viet Nam (and I'm still really pissed because of the role Agent Orange likely played in his recent death at 68).

If you have a moment today, please visit Operation Shoebox. They send shoeboxes filled with everyday essentials and little luxuries to those serving us overseas. That dog-eared John Grisham paperback you'll never read again because your know how it ends, or the plastic spoons you're collecting for no particular reason in a kitchen drawer could find their way to Iraq or Afghanistan, and be appreciated.
Posted by The Gal Herself at 5/30/2011 09:05:00 AM No comments: