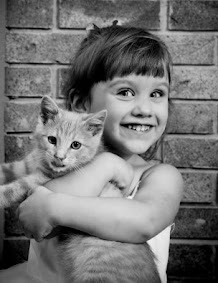 Today's happiness -- It's back! A major event in my neighborhood, the library book sale is a three-day affair that happens every August. Except, of course, for 2020 and 2021 when it was just another thing covid spoiled.

In 2022, the show went on! Not exactly as it has in years gone by. Instead of used books consuming the high school cafeteria and spilling out into the halls, it was in three of the library's meeting rooms (fiction, non-fiction and children's). No cookbooks this year. Also, I didn't volunteer. In the recent past I helped sort and display books. This year, because the venue was the library, the volunteer hours were weekdays only and I just couldn't make it work with my job.

But still, I was happy to be back. Sure it was more smaller and more subdued, but it was another sign that we're inching back to pre-covid normal. I bought two books -- a cozy mystery called Gone with the Twins (A League of Literary Ladies Mystery) and a memoir by Lauren Bacall -- for $3.

And, once again, I can bestow a dubious honor on The Girl with the Dragon Tattoo. Every year there's a book donated in bigger numbers than any other. The Girl with the Dragon Tattoo is continuing its streak and picking up where it left off before the pandemic. Why do so many of my neighbors buy this book, year after year, and then decide not to keep it? I suspect book clubs keep choosing it as a selection.

For those of you keeping score ...

2014: The Girl with the Dragon Tattoo

2011: The Divine Secrets of the Ya-Ya Sisterhood

2010: Scarlett, the Sequel to Margaret Mitchell’s Gone with the Wind 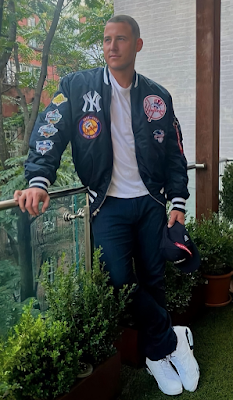 Look who's modeling the latest Alpha Bomber jacket. Now that Anthony Rizzo is a New York Yankee, he's getting endorsements. I'm happy for him. New York fans have really taken to him, which is glorious. Yankee fans can be brutal. (Look how they treated Joey Gallo, acquired the same day as Rizz.) I know he was heartbroken to leave Chicago, and I'm glad his story has a happy ending. As Bud counseled me last year when the trade happened, Yankee Stadium is a good place for him at this stage in his career.

But I had a fantasy that he would come home somehow and make his last out within The Friendly Confines of Wrigley Field. That's just not going to happen, no matter how much I want it to.

1) This song tells the story of a stern, enigmatic miner. None of the other miners knew much about him. When people first meet you, do you think they see you more as mysterious or straightforward? I think I'm as transparent as a glass of tap water.
2) During a serious accident, many of the miners panicked. But not John. Think of your family, friends and acquaintances. Who would be the most dependable in a crisis? Joanna. She is smart and cool (in every sense of the word). This reminds me: I owe her an email. 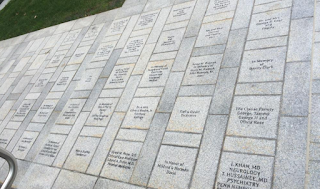 3) His heroism allowed 20 miners to escape, but cost John his life. According to the lyrics, there's a marble slab on site of mine that honors him. Is there a memorial to a local hero in your town? I read the pavers in front of our branch of the public library. I think people who support libraries and reading are local heroes.
4) This song was written and performed by Jimmy Dean. He began composing it on a flight from New York to Nashville. How do you amuse yourself while traveling? I try to sleep on flights. I'm terrified of flying and dose myself with Xanax before I board.
5) Jimmy Dean hosted a long-running variety show on CBS, which is best-remembered today for introducing Jim Henson's puppets -- especially Rowlf, a dog who sang and told jokes. While Rowlf didn't make it to Sesame Street, he was a recurring character on the Muppet Show. Are you a Muppet fan? I don't seek them out, but when I come upon them I always smile.

6) Jimmy found success in business with The Jimmy Dean Sausage Company. He sold the company to Sara Lee in 1984 for $80 million. Today Jimmy Dean breakfast products are still popular in grocery stores all over the country. What's your favorite breakfast? The usual coffee shop breakfast: eggs, toast, bacon, OJ.
7) In 1961, when this song was popular, Vogue asked if fashion sense is inborn or if could a woman could learn to be chic. What do you think? Do you think style is either something you have, or you don't? Yes. I think some people are born with style. Alas, I'm not one of those people.
8) Also in 1961, Ernest Hemingway took his own life. Did you read Hemingway in English class? Can you recall any other novels you read for school? We did a compare/contrast of A Farewell to Arms and The Great Gatsby. I also remember The Bridge of San Luis Rey. (I should reread that one.) I HATED Moby Dick as much as I loved To Kill a Mockingbird.
9) Random question: Think about the last "white lie" you told. Was it to make your own day easier or spare someone's feelings? Trying to remember my last white lie and I can't. I'm sure I told one -- likely more than one -- this week, but nothing to springs to mind.

Today's happiness -- Expanding my circle. It's true that the older we get, the harder it is to make friends. That's why what happened Friday made me happy.

Karen is from my movie group. We've been meeting online since covid, so for more than two years we have only zoomed. I don't recall ever having met her in person and wasn't aware she paid any particular attention to me until the TCM Classic Film Festival approached. She was among those of us attending and seemed pleased we were staying at the same hotel.

Since the festival, we have become Facebook friends, IM-ing, etc. She's begun sharing her life away from the group -- divorced, retired, proud mother of a newly-minted Kindergarten teacher -- and Friday she sent me information about Noir City Chicago, expressing hope that we see one another in person there.

I like Karen. I respect her smarts about film. It pleases me that she thinks I'm funny. I'm glad that I'm slowly making a friend here. I'm happy with how this is unfolding and comfortable with the pace.