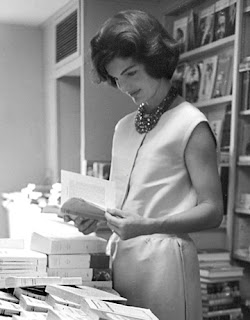 1. What are you currently reading? Edith Head's Hollywood by Edith Head with Paddy Calistro. I just started this book, so I don't have a lot to say about it yet. I picked it up in April at the Los Angeles Times Festival of Books because I wanted to buy something about Hollywood while I was in Hollywood. And who better personifies Hollywood than Edith Head? She won a record eight Oscars for costume design, she worked for Hitchcock and dressed just about everybody who was anybody between the 40s and 70s: from Bette Davis and Ginger Rogers to Grace Kelly and Liz Taylor, from Elvis to Redford. I hope it's full of dish.

2. What did you recently finish reading? Night Night, Sleep Tight by Hallie Ephron. Hallie takes a sensational real-life murder -- when the daughter of screen star Lana Turner kinda sorta accidentally stabbed Mom's mafioso lover -- and fictionalizes it. In this book, a famous murder case is suddenly revisited 20 years later when a semi-retired screenwriter is found dead in the pool of his no longer grand Beverly Hills home. He happened to have been at a screen legend's home that long ago night when her mobster boyfriend was stabbed to death. Some of the darker aspects of the dead writer's life come to light, and the authorities begin wondering if his death wasn't an accident, after all, but instead was connected to the scandalous happenings of decades earlier.

This is my second Ephron mystery. I enjoyed it more than the first, There Was an Old Woman. It has everything I liked in the first book -- a distinct sense of time and place and good dialog -- but this one also has a better plot. I didn't guess whodunnit until the villain was revealed.

But here's the thing: the penultimate scene could not have happened as written. It just couldn't. It would take too long and one of the people involved would certainly be noticed as missing and ... Let's just say I'm not sorry I read the book. I'm just sorry I finished because the ending almost ruined it for me.