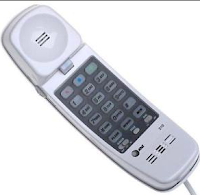 This weekend I missed two calls. One from Henry, one from my oldest friend. I didn't pick up for Henry because I was feeding the cats. I was taking a nap when my friend called.

I texted both of them, suggesting times to connect. Neither of them called back.

I am concerned, of course. I love them both. He had an important doctor's appointment Friday about his ankle.* She may find herself homeless soon. Sharon, the cousin she's been living with, just turned 70. Sharon's kids are pressuring her to sell that big house and downsize to a trailer.† I suspect those family conversations may have become firm plans.

If they had called back, I would have listened sympathetically and maybe offered suggestions.

But I must confess I was kinda glad neither of them called back. It was nice to have a weekend where the only drama was at the movies.

†Though I don't know why she can't buy a two or three bedroom condo. It would still be considerably more economical than the 6BR, 4 1/2 bath house the two women currently share.

Remember when you were watching Steel Magnolias and thought the girl who played Shelby was a charmer? In a movie filled with established stars like Sally Field and Shirley MacLaine, she stood out. You'd never seen her before, but you knew you wanted to see Julia Roberts again.

Or when you first started watching Friends and were charmed by the one with the hair? The spoiled, spunky one? You knew you liked Jennifer Aniston. 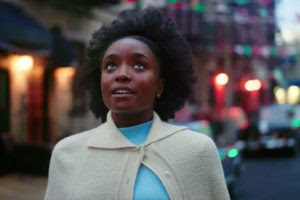 That's how I felt when I was watching If Beale Street Could Talk. Veteran actress Regina King is getting a lot of gold and glory for her performance as the mom, but I sat there in the audience just waiting to see KiKi Layne again. She plays Tish, our protagonist and narrator. She is open and authentic and simply darling.

Do we have an opening for America's Sweetheart? If so, I nominate KiKi.