When smart girls do dumb things

I'm worried about Joanna. Since October she's been seeing Sid, a 70-ish businessman who retired for health reasons. I can't recall if it was a stroke or a heart attack, but it had a lasting impact on him and he now walks with a cane. Anyway, she completely adores him.

I'm happy for her because:
a) she's happy and
b) he's financially well set

Don't worry, I haven't gone Lorelei Lee* on you.  It's just that Joanna seems to be forever struggling herself and her previous beau was just as strapped as she is ... and on occasion hoped she would rescue him. I'm glad that we won't be revisiting that drama again. 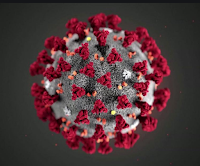 Anyway, Sid only kinda sorta lives alone. He's in a two-flat, and in the other apartment live his daughter and her new husband. So Joanna knows she doesn't have worry about his day-to-day during this crisis. He's got food, water, and toilet paper.

Still, Joanna goes over there for dinner every Tuesday night. Um ... that's not the way self-isolation works. You're not supposed to get closer than 6' to anyone who doesn't live in your household. And here she's doing it every Tuesday. Not via Zoom. In person!

Sid is compromised, by both his age and his condition. Joanna is 65 and no longer a kid herself. She shouldn't be doing this.

But she's a grown up. She doesn't need me to point any of this out to her. It wouldn't do any good, anyway. She's just a smitten kitten.