I know the right thing to do. I just don't feel like doing it. 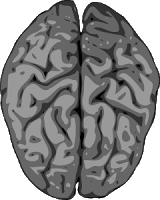 My dear Henry is back in the hospital. More seizures. There isn't a hospital Key West equipped to handle this, so he was airlifted back to Miami.

I think this means that he is now, indeed, an epileptic. Epilepsy is a not uncommon side effect of traumatic brain injury. I worry about the impact Henry's drinking has on his condition. From what I've been able to glean from the Internet, the only thing worse than alcohol is alcohol withdrawal. All I can do is first throw my hands up, and then fold them in prayer.

If this is hard for me, I can only imagine what tonight is like for Henry's husband, Reg. I know I should call him, but I'm not going to. Reg has been so mercurial himself lately. His Facebook posts have all been about himself, not about Henry, and I just don't feel like dealing with it. I just can't bring myself to put my head into the lion's mouth.

I am monitoring Facebook and have sent a message to Stephen's good friend, Patrick. I hope I'll hear something soon. And I definitely want to hear from Henry when he finally comes back home.