2016 continues to insist on being the worst year ever.

My friend John and I were really looking forward to our trip to Springfield to see the Lincoln sites. It was amazing to both of us that he had reached the ripe old age of 60 -- 40 years of it spent here in Chicagoland -- and he's never walked where Abe (and Obama) walked. Because I've been there so many times, I was prepared to play tour guide. Since we always have such fun together, he was looking forward to the road trip aspect of it. "The times in my life I've laughed the hardest, I've been with you, Gal," he said.

We were going the second weekend in June. We considered it his 2016 birthday celebration. Now it looks like we aren't going at all. Because John had a cold last month. 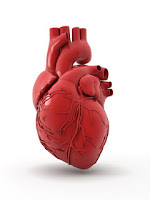 You see, John suffers from heart failure. While his April cold came and went, the fatigue and shortness of breath continued and worsened. To the the point that he took the last week off work to do nothing but sleep.

I didn't hear from him at all last week, and that's not like us. I emailed him at work and got no response. I called his house, but he didn't pick up. Finally today he called me back, and the hoarseness and shortness of breath was startling and disturbing.

He hasn't called his cardiologist -- as he said he would two weeks ago! -- because he says he knows what will happen. He is sure that with his symptoms, which also include swelling of the ankles, she's going to tell him to check himself into the ER and then she will admit him. They talked about a defibrillator years ago, and he's sure she's going to insist on one now.

He is afraid. Afraid of going into the hospital and not coming out. Afraid of losing his job. "I can afford to die," he said, "but I can't afford to be sick." His brother, a nurse, has been pressuring him to quit his job, give up his apartment, leave Chicago, and move in with them. That makes him feel like an invalid. He responded to all this tumult by doing nothing.

I tried to be the voice of reason. I told him that he cannot legally be fired for going into the hospital. While his medical insurance doesn't sound great, he does have it, and I'm sure he has short-term disability, too. He says he doesn't know, but that's just the fear and panic talking. He's still a responsible adult. He knows. He's just forgotten.

And that's just it. I'm not treating him like an invalid. His kid brother is doing that and it's debilitating him. When John told me not to worry, that he would reimburse me the non-refundable $187 for the hotel for our trip (as he was always going to do), I lightly said, "I've never been worried." I admit my first impulse was to tell him to forget it. But he has been mentioning to me that he has the money set aside for months. He knows I have my own money worries. And I don't want to infantilize him. He is a responsible adult who can handle his own affairs and make his own decisions. He's just forgotten because he's under pressure.

John and I have been close friends for more than 35 years. Together we've had our career ups and downs, bad breakups, and we've buried our parents. We are superficially different in every obvious way: he's black, I'm white; he's gay, I'm straight; he's tall, I'm short; I'm Christian, he's agnostic. Yet the bond between us is strong and he's dearer to me than family.

I love him, and I'm scared for him.

I'm scared for me, too, because I don't want to imagine life without him.