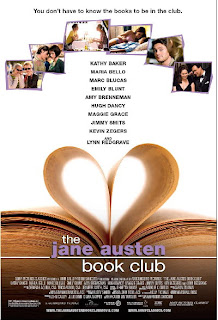 Movies You Might Have Missed
Share great films you have discovered that most viewers don't know about. Take an opportunity to share your gems to enhance our Neflix queue, linking back here at The Bumbles Blog.

The Jane Austen Book Club. (2007) Five book-loving friends get together to discuss Jane Austen. They invite a sixth, a hot young man named Trey, who is recruited to be the new love interest of one of their newly-divorced club members. The thing of it is -- she doesn't know that's why he's there and neither does he. And, just like in a Jane Austen novel, the heart leads our characters any which way it wants to. Yes, it's a total chick flick, but it's romantic, sexy and a lot of fun. It's also the first time I was impressed by Emily Blunt, who plays the desperately realistic daughter of a hippie chick named "Skygirl." 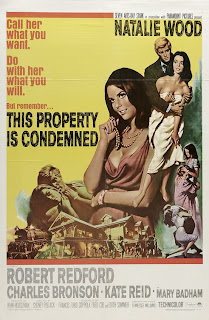 This Property Is Condemned. (1966) Directed by Sydney Pollack, screenplay by Francis Ford Coppola, based on a story by Tennessee Williams, starring Robert Redford and Natalie Wood, with a cast that includes Dabney Coleman, Charles Bronson and Robert Blake. And yet, somehow, no one has ever heard of it! Nat is the hottest girl in a small town. Redford is the efficiency engineer for the railroad, who is in town to lay off employees and decimate the town -- do I need to tell you this is a Southern town where everyone speaks colorfully? -- and this will leave Nat without opportunities. She'd hate Redford for what he's doing if she wasn't so attracted to him … An interesting glimpse at icons early in their careers, and it's unfortunately relevant for economic times.
Posted by The Gal Herself at 7/12/2010 08:12:00 AM 5 comments: