Why is this woman smiling? 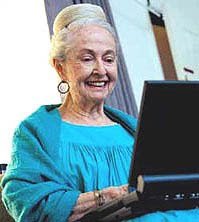 I know there are some, perhaps even many, who are outraged. So why does this amuse me?

• It says she "attempted" to access the website, which implies she failed. This makes it even more funny/stupid.

I just don't get it 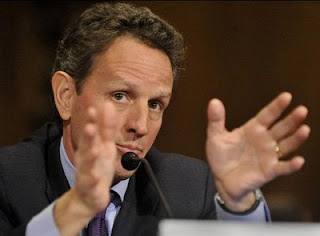 I try and try, but I don't understand what's happening with financial reform. I listen to Secretary Geitner, Chase's Jamie Dimon, and others who are undoubtedly smarter than I am. And I still don't get it.

I believe some companies are "too big to fail." The people who work at those companies have families and mortgages and need their benefits. If the companies fail, I'm supporting these people with my tax dollars anyway. I'd rather my fellow citizens work. So whether it's GM or Citibank, it doesn't bother me when the government bails a ginormous company out. I just hope that the boards get canned and the loans are paid back. Accountability -- I'm all for it.

Even thinking about all this makes me tired and sad, though. I keep hoping for better days so this conversation is irrelevant.
Posted by The Gal Herself at 4/23/2010 01:55:00 PM 1 comment: