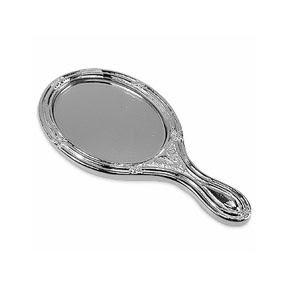 I was the first one to arrive at a meeting this afternoon. The second was the art director I work with most often. Just making conversation, I told her that I was getting my hair cut this weekend. I have tried it longer and it's just not working. After my workout today, it just went BOOOOINNNG -- curling this way and that.

She told me I just hadn't tried hard enough. I need to get a "better" cut, with layers. Then I could just add a little product and scrunch. Or maybe take a round brush and blow it dry. A "better" cut and the willingness to make my hair look nice -- that's all I need.

I do not intend to blow dry my hair every day twice a day -- once after my shower in the morning and then again after my workout. As my hair gets longer, I can't control the curls and cowlicks, and so it's got to go.

I also didn't ask for her opinion.

Last time the Art Director did this to me, she hurt my feelings. Then she told me that all I needed to be very nice looking was new clothes, new makeup and new hair. It left me feeling sad that I was so homely. Today I just remembered that it's my hair, seeing as it's growing out of my head and all, and so if I want it cut off, it goes. She'll just have to adjust.
Posted by The Gal Herself at 5/11/2009 08:52:00 PM 3 comments: Links to this post 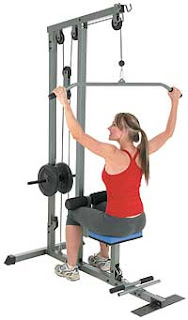 ... to my workouts. The lateral pulldown. My shoulders are such a mess from years of hunching over a keyboard that these actually feel gooooood.

It's not just propaganda crap put forward in the fitness magazines: Adding to my workout repertoire really does make the time go faster, and leave me feeling better afterward. Today I did cardio (bike), lateral pulls, leg lifts and sit ups. If I get to the health club tomorrow, I'll try to remember to do the treadmill instead of the bike, and maybe some leg machines instead of the pulls.

It feels nice to have exercise as a meaningful part of my day again. Since I've been working with my personal trainer (we only have one session left), it feels less like drudgery and more like a gift to myself.
Posted by The Gal Herself at 5/11/2009 01:27:00 PM 2 comments: Links to this post

This week's movie topic is
Your First R Rated Movie
It was Serpico. I wasn't old enough to see it, so the drama of getting into the theater outwei

ghed the drama on the screen. I'm told the movie had something to do with police and New York City and corruption, but you couldn't prove it by me. To my teeny bopper virginal mind, the real take-away was that you could actually have sex in a bathtub. 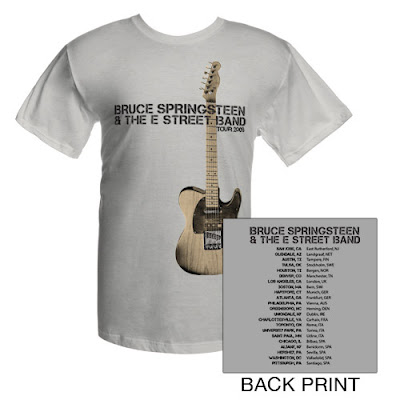 I'm seeing BROOOOOOOCE tomorrow. That would be Tuesday, the 12th. It will technically be tomorrow because as I write this, it's nearly 1:00 AM Monday morning.

I'm belatedly excited about tomorrow night because I got the ticket back in February. I was so focused on getting in to The United Center, so pleased with my seat (ground floor, and I paid face value, thank you very much!), that I kinda forgot about the reality of enjoying the show.

Here's the setlist for his recent concert (University Park, PA). I must not get too excited about those fabulously cool encores because he's been known to switch those up. The E Street Band is, at heart, a bar band. While I love the idea of hearing "Bobby Jean" and "Devil with the Blue Dress" live again, I'd also love to hear "Rosalita," "Expressway to Your Heart" (yes, they're covering that 1960s classic), "Mustang Sally," and "Thunder Road"* close the show.

To those of you who aren't Bruce fans, and who feel that I've been speaking in tongues, I apologize. I'll be okay once I'm in possession of a tour shirt. (Preferably this one.) Then perhaps I can cease what one Chicago critic called "bovine Broooocing."

* To my mind, the most romantic song ever written. Maybe it's because I'm scared and I'm thinking that maybe I ain't that young anymore. "Show a little faith, there's magic in the night." Sigh. Brooooce. Double-sigh.
Posted by The Gal Herself at 5/11/2009 01:00:00 AM 3 comments: Links to this post