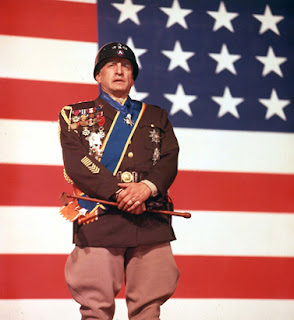 You know how old blood-and-guts, George S. Patton, was known for firing his troops up and leading them confidently, passionately into battle? Well, forget it because Patton bears no resemblance whatsoever to my boss.

Everything about my boss, from his posture to his vocal inflections, reveals that he thinks we're all on the verge of dismissal. A prominent article on one of the trade mags's websites isn't helping matters, I'll admit. But we still have the account, we still have our jobs, and I think this is the time to over-deliver, not give up.

I've been doing this for a long time and by now I know the signs. Yes, this agency is in trouble. Yes, this client relationship is rocky. But our client is a corporate behemoth and it take a while to turn a ship that big around completely. That's why I believe all is not lost ... yet.