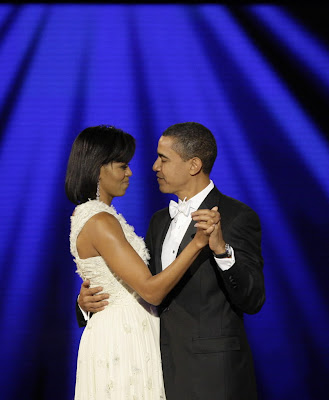 I know a lot of married couples. Some of them genuinely like each other and I like watching them interact. But few of them still seem as romantically in love as these two. They whisper and smile and kiss. I've enjoyed watching them swing and sway to "At Last" at these inaugural balls. Sigh.
Posted by The Gal Herself at 1/20/2009 10:10:00 PM 4 comments: Links to this post

My Grandpa would have loved this speech 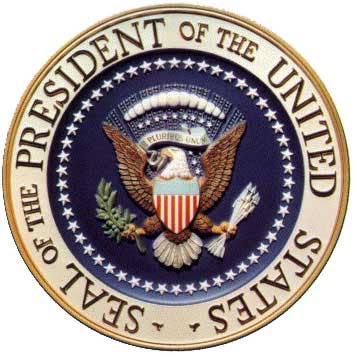 Barack Obama spoke of the fair and honorable America my Grandpa left Germany for, and that he loved and believed in with a pure patriotism that was downright corny. I wish he could have heard the 44th President say:

"We understand that greatness is never a given. It must be earned. Our journey has never been one of short-cuts or settling for less. It has not been the path for the faint-hearted - for those who prefer leisure over work, or seek only the pleasures of riches and fame. Rather, it has been the risk-takers, the doers, the makers of things - some celebrated but more often men and women obscure in their labor, who have carried us up the long, rugged path towards prosperity and freedom.

"For us, they packed up their few worldly possessions and traveled across oceans in search of a new life. For us, they toiled in sweatshops and settled the West; endured the lash of the whip and plowed the hard earth. For us, they fought and died, in places like Concord and Gettysburg; Normandy and Khe Sahn.

"Time and again these men and women struggled and sacrificed and worked till their hands were raw so that we might live a better life. They saw America as bigger than the sum of our individual ambitions; greater than all the differences of birth or wealth or faction."

As the Bush era grinds to a close ...

... amazingly enough the song that keeps running through my head is by (of all people) Barry Manilow. Go figure.