Like a force to be reckoned with ... sort of 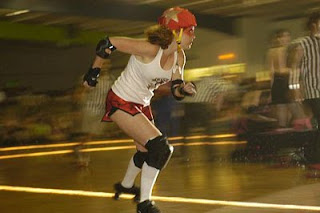 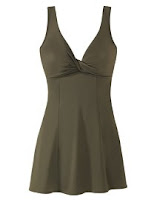 While I didn't lose as much weight this year as I would have liked, I lost enough and shaped up enough to actually bring my swimsuit (that's it right there) along with me to Key West tomorrow.
Posted by The Gal Herself at 12/28/2009 11:56:00 AM 3 comments: 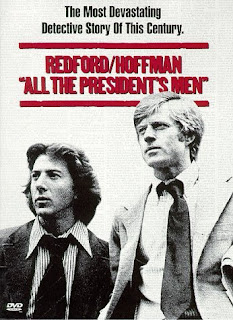 Share on your blog those movies that take place in the past, covering a specific period in style or subject, and link back here at The Bumbles. And don't forget to visit your fellow participants!

All The President's Men (1976). Is it paranoia if there really are dark forces conspiring to corrupt the government? This movie takes us back to a critical loss of innocence, when we saw how rotten the Watergate apple really was, and in many ways we still haven't recovered from the resulting cynicism.

The Diary of Anne Frank (1959). There have been movies more graphic about the Holocaust, but for me, this is the most moving because it makes the claustrophobia and the unfairness and the horror so much more personal.

Gone with the Wind (1939). This MGM epic takes us back to the Civil War and the Reconstruction as seen through the eyes of socially-prominent (if no longer wealthy) Southerners. Aside from being a glorious example of cinematic storytelling, and a terrific tale of love and loss, it unintentionally tells us almost as much about the 1930s as it does the 1860s. MGM's POV seems to be, "slavery wasn't THAT bad, and 'damn' is a controversial oathe but the 'n' word is acceptable.'"
Posted by The Gal Herself at 12/28/2009 10:50:00 AM 6 comments: