The act that's on now is a ventriloquist that had a big old Sir Paul puppet and he performed the duet, "The Girl Is Mine." It was delightfully wretched. You don't see stuff like this every day. I hope I get to see a plate spinner before I switch it off for the night!

Day 6. Pushed the cardio to 45 minutes! And I discovered a new machine -- the fixed lateral. It works well with my usual lateral pulls. I also did sit ups. That hurt a little bit, not in the abs but because my bum knee makes it hard to get up off the floor. Maybe tomorrow I'll devote my workout completely to cardio ...
Posted by The Gal Herself at 9/06/2009 05:53:00 PM 1 comment: 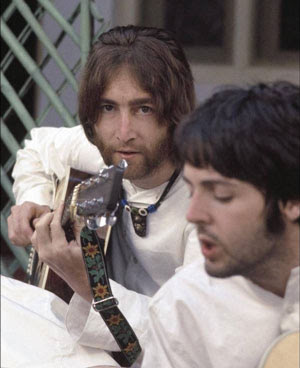 Even if I still felt about Michael Jackson the way I did when I insisted my birthday party start late so I could watch the premier of the "Black or White" video, it would bug the living shit out of me that The Gloved One has the rights to the Lennon/McCartney catalog. Especially now, with the launch of The Beatles: Rock Band game and the release of 14 remastered Beatles CDs. (9 of Amazon's Top 20 Bestselling CDs are by The Beatles, and they won't even be released until Tuesday!) The glory and the profits from Beatlemania Redux should go to the Beatles, espec 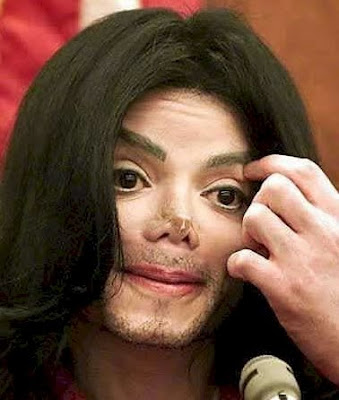 Nine years from now, in 2018, the songs may begin becoming the property of Paul McCartney again.* According to US copyright law, 56 years after music is originally published, songwriters can move to regain their lost rights. So "Please, Please Me" and "I Saw Her Standing There" and other songs written in 1962 can be returned to Paul. (Exactly where the songs will be returned from is still shrouded in mystery. The Jackson estate is so deeply in debt that it's not known if the songs will be used to settle with creditors.)

Paul McCartney will be 76 years old in 2018. I hope he's still here to enjoy getting his own songs back.